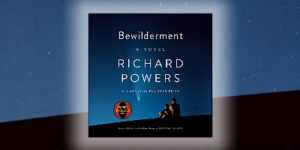 Powers commented, “I’m honored and moved to be named an ‘Oprah Book Club’ selection. ‘Bewildered’ doesn’t begin to describe it. This is among the most rewarding recognitions I’ve received over my 40-year career.”

Shortlisted for the 2021 Booker Prize, longlisted for the 2021 National Book Award in Fiction, and named one of the most anticipated books of 2021, BEWILDERMENT is a moving father-son story that also offers vital commentary about our beautiful, imperiled planet Earth. It follows the story of astrobiologist Theo Byrne who searches for life throughout the cosmos while single-handedly raising his unusual nine-year-old, Robin, following the death of his wife.