Search
Home Blog BEHIND THE WORDS WITH YASMIN ANGOE 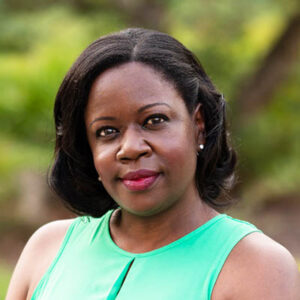 BEHIND THE WORDS WITH YASMIN ANGOE

Welcome Yasmin, we’re happy to have you join us today. First, where are you from, where do you live, and is writing your full-time job?

I am a first-generation Ghanaian American born and raised in Northern Virginia by way of Alexandria and Woodbridge. Currently my family and I live in Columbia, South Carolina. Still have family back home though. I wish writing was my full-time job and I’m working on it. But until then, I work in education, have been an educator for over 11 years, and I also work as a freelance developmental editor which I love almost as much as I love writing.

Every writer probably says this, but I’ve been writing since I was in elementary school. I still have my very first book I wrote about a bear family and other woodland creatures which was written in blue ink on loose-leaf paper. I still write with a blue pen.

Typical writing day when I’m not off from my 9-5 is to wake up before work and get some writing in. Often times I am most creative right when I wake up. Stories or characters literally wake me out of my sleep, and I must go write down what I was thinking before it goes away. Then I work my other job. Depending on how my creative well feels after all that, I’ll get some revisions or plotting in in the evenings. On weekends or off days, I’ll write all day and take breaks throughout to do mindless stuff.

Her Name is Knight is about a Ghanaian female assassin for a powerful and secret business conglomerate who learns the people who razed her little village are still alive 16 years later. Now she’s set on a course of revenge while also trying to protect the people in her life. She cannot let history repeat and lose everyone she loves again.

I always enjoy writing about women and for years I never saw women who look like me or are from other countries in the thriller and action genre as the lead person. Those are the genres I devour so I decided to create a woman who could move as well as any guy if not better. I also wanted a story that was culturally rich. I was also dealing with grief during the time I was writing this book, so I wanted to explore that as well. It’s a lot. LOL.

If you could be one of your characters for a day which character, would it be? Why?

I’d be Elin, Nena’s sister, because she’s so hard core and she really doesn’t give a damn about hurting anyone’s feelings. She is also die-hard dedicated to her sister and her family. And she’s smart as hell. I’m all about strong women.

Authors who’ve influenced me… Stephen King because the way he crafts a story is out of this world. And I’m all about the story. I think he’s magical when telling one. S.A. Cosby is another author who tells such a great story in such a way that guts the reader. Toni Morrison and Terri McMillan know how to tell rich stories about women who go through struggle, but the struggle isn’t their story, you know? The way they work themselves out of that struggle helped me realize how layered and rich stories about Black women can be. Octavia Butler… Others that have helped me be able to envision women like me in spaces we weren’t normally seen are Eleanor Taylor Bland, L.A. Banks, Rachel Howzell Hall, Lauren Wilkenson…too many to name.

My favorite all time are chocolate milkshakes and I love alfredo pasta—but not together!

Good question…having to outline really gets me. I like to write freely and see where the story and characters take me.

Thank you so much Yasmin…..I can’t wait to read this thriller with a woman lead!!

Here’s a look at Yasmin’s latest release: HER NAME IS KNIGHT 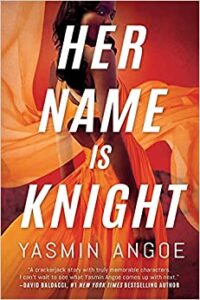 Stolen from her Ghanaian village as a child, Nena Knight has plenty of motives to kill. Now an elite assassin for a powerful business syndicate called the Tribe, she gets plenty of chances.

But while on assignment in Miami, Nena ends up saving a life, not taking one. She emerges from the experience a changed woman, finally hopeful for a life beyond rage and revenge. Tasked with killing a man she’s come to respect, Nena struggles to reconcile her loyalty to the Tribe with her new purpose.

Meanwhile, she learns a new Tribe council member is the same man who razed her village, murdered her family, and sold her into captivity. Nena can’t resist the temptation of vengeance—and she doesn’t want to. Before she can reclaim her life, she must leverage everything she was and everything she is to take him down and end the cycle of bloodshed for good.

You can purchase Her Name is Knight at:

Hailing from Northern Virginia, Yasmin Angoe is a first-generation Ghanaian American who grew up in two cultural worlds. She taught English in middle and high schools for years, served as an instructional coach for virtual teachers, and works as a freelance developmental and copy editor.

Yasmin received the 2020 Eleanor Taylor Bland Award for Emerging Writers of Color from Sisters in Crime, of which she’s a proud member. She lives in South Carolina with her beautiful blended family, and when she’s not writing, Yasmin’s editing for clients, trying new recipes, or absorbed in an audiobook.