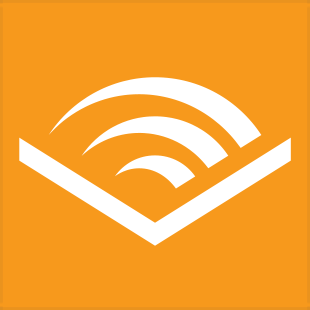 These Audible Original comedy podcasts are created by acclaimed writers and visionaries behind some of the genre’s most beloved hits including Paul Lieberstein (The Office), Bob Odenkirk (Better Call Saul, SNL, Mr. Show) who is collaborating with his son Nate Odenkirk, Achilles Stamatelaky (Broad City, Hit Job), Joe Rumrill (Chris Gethard Presents), Matthew Chauncey (What If…?), and Dan Abramson (The Last Degree of Kevin Bacon) and Matt Klinman (The Last Degree of Kevin Bacon). A wide range of renowned, award-winning actors are on board to lend their voices to the projects including Fred Armisen, Will Forte, Janeane Garofalo, Judy Greer, Gillian Jacobs, Jane Lynch, Sunita Mani, Aparna Nancherla, Bob Odenkirk, Haley Joel Osment, Sam Richardson, Tim Robinson, among others.

“Audible has set a very high bar with our recent line up of ambitious scripted comedy podcasts, and we are just getting started,” said Zola Mashariki, Head of Audible Studios. “Our listeners around the world crave high-quality entertainment that’s exceptional in every way. By joining forces with brilliant comics — legendary and emerging — we continue to be the home to extraordinarily witty, provocative and hilarious content.”

MIDDLESPACE: The Rebels Attack, And Then The Other Side Attacks As Well

Starship Captain George Cottonhammer (Will Forte) is bored by his job, annoys his staff, and daydreams about opening an intergalactic burger franchise. But the Captain’s life changes forever when he refuses to answer an intergalactic distress call that turns out to be a trap, giving the universe’s least likely hero a chance to actually become one.

Beth Briny, a grouchy restaurant courier working the Christmas Eve shift, (Gillian Jacobs) is forced to learn the true “reason for the season” when she and Andy Pepper, a holiday-loving stranger, (Sam Richardson) stumble upon a Christmas Carol-esque adventure — delivering to people from Beth’s past, present, and future.

On Meg Everman’s (Judy Greer) 40th birthday, she decides to treat herself to a weekend retreat hosted by SLF-CNTR, a health and beauty lifestyle brand led by celebrated model-turned-wellness-thought-leader, Enid Hargrove (Kim Cattrall). But when the weekend’s itinerary of “spa treatments” begin to seem more like a torture sequence from a Saw movie, Meg suspects that Enid’s apparently eternal youth might have sinister and supernatural origins.

Convinced your house is haunted? Feeling unmotivated at work? Nervous to ask your crush on a date? LEM CAN HELP! Lem Bennings (Fred Armisen) tackles life’s big questions on his popular advice podcast. Callers from around the world look to Lem for his insights on a range of topics including career management, personal finance, dating, hygiene, and home and car maintenance. Along the way, he interviews experts (played by comedians) and passes along their wisdom to his listeners. Open your heart, mind and ears to Lem’s incomparable guidance. Finally, you have his undivided attention—just so long as he isn’t pressed for time, of course.

Summer in Argyle introduces us to Argyle, Ohio—a town full of strange people and places, where not a single resident has ever won anything. Naturally, the town that comes in second loves its substitute athletes, none more prominent than the high schooler Richie McDonough. So when he dies mysteriously at the July 4th Hotdog Eating Contest in 2013, the community is shaken to its core. Argyle has it all: The DMV that is also a fancy restaurant. The world’s largest lost and found. And a doctor who is a children’s magician.

A charismatic young entrepreneur, Chase Stapp (Haley Joel Osment), starts a designer cannabis brand and has high hopes of disrupting the entire industry. But when a powerful criminal organization shows up and makes Chase an offer he can’t refuse, his dream, his company, and his life are all thrown into danger.