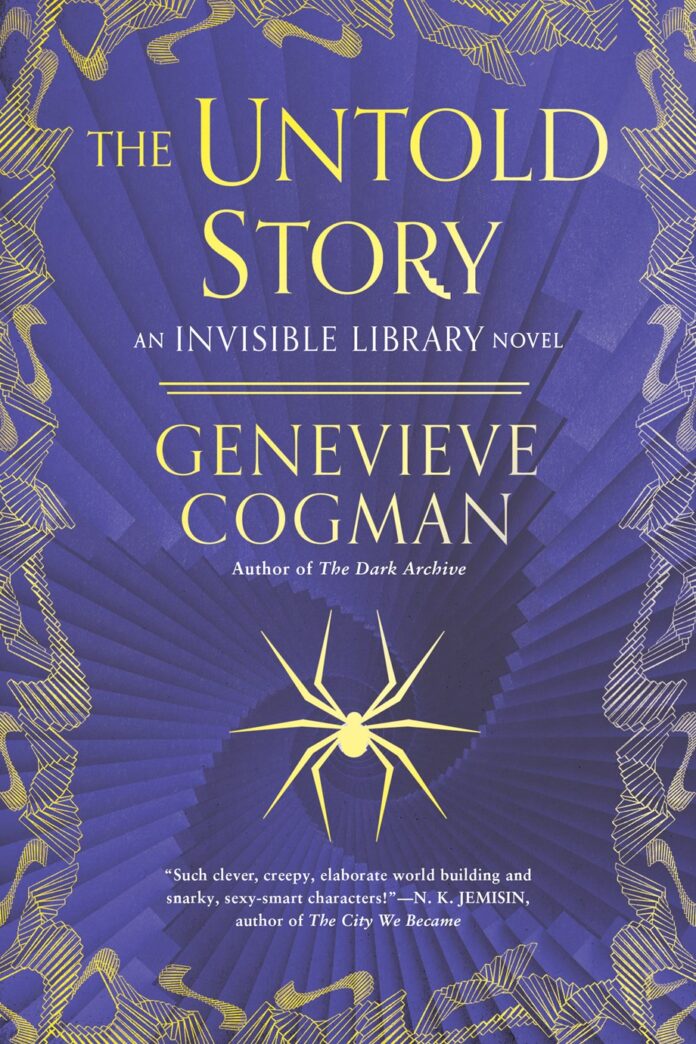 THE UNTOLD STORY BY GENEVIEVE COGMAN

In this thrilling historical fantasy, time-traveling Librarian spy Irene will need to delve deep into a tangled web of loyalty and power to keep her friends safe.

Irene is trying to learn the truth about Alberich-and the possibility that he’s her father. But when the Library orders her to kill him, and then Alberich himself offers to sign a truce, she has to discover why he originally betrayed the Library.

With her allies endangered and her strongest loyalties under threat, she’ll have to trace his past across multiple worlds and into the depths of mythology and folklore, to find the truth at the heart of the Library, and why the Library was first created.

“Cogman skillfully gets new readers up to speed on the rich worldbuilding…Bibliophiles new to the series will be charmed by the premise and find this an easy starting point, while returning readers will be thrilled with the nail-biting conclusion. It’s a joy to see this series going strong.”–Publishers Weekly

“Fantasy fans will be thrilled as book eight of the action-packed series ventures further into the depths of the Library than ever before.”–Booklist (starred review)