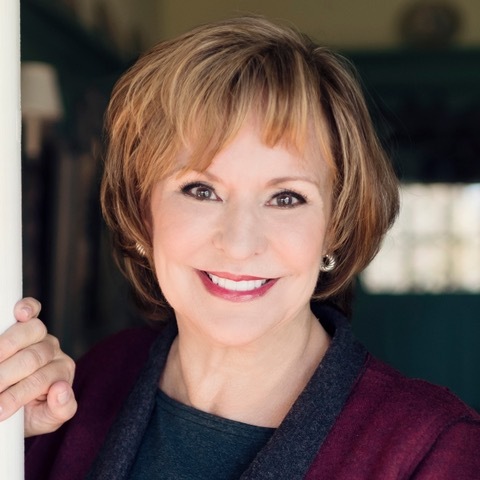 Behind The Words is excited to welcome bestselling author Jacquelyn Mitchard to our blog. Welcome Jacquelyn!

Let’s begin with where you’re from, where do you live and is writing your full-time job?

I’m from Chicago, and, after being a lifelong Midwesterner, I now live on Cape Cod. That sounds grand, but it’s not that part of Cape Cod. It’s the part where the fishermen and schoolteachers live. Writing is my full-time job except for sometimes teaching in MFA programs, which I also love. I try to do most of the work on a book, writing and revision, in about a year or a little more.

As a professional, 25 years, that is, writing fiction. Before that, I was a journalist and then a speechwriter.

Tell our readers about your typical writing day.

When I’m working hard on a book, I write three hours a day and then about an hour of editing what I’ve written before. Three hours is about all I can do without running out of steam and getting careless. I think about my story for the rest of the day and dream about it at night, dreaming that I’m with the characters. I guess I’m “writing” then, too.

It’s called The Good Son, and is the story of Thea, who has the unenviable task of trying to help her college-age son, Stefan, find a life again when he comes out of prison after serving time for his role in the death of the girl he loved, Belinda. As she does, confronting all the forces in the community lined up against Stefan, she learns that she doesn’t really know the facts of the night Belinda died and that she may not even really know her own child.

It is almost the exact story that was told to me by a woman I met in a coffee line at a big hotel. I was waiting to give a speech at a big writers conference, she was there visiting her son in a nearby prison. Every word she said horrified me, yet I could not turn away from her, her grief was so majestic and poignant. The novel has a dozen twists and turns, however, so the story she told me only suggested the circumstances. I think of her all the time. I wish I knew how she is.

The hardest scene I ever wrote was the first scene of the first chapter of my first novel, The Deep End of the Ocean. I knew exactly what I wanted it to do but what the character had to do, in her reaction to a knock at the door, which was to lose her breath, was very difficult to create in prose.

It is Jill, the mother of the girl who was murdered in The Good Son. Jill was always a self-righteous person and now she is bitter, broken-hearted, but she also is a devoted, loving mother, completely bereft of the bright center of her life. I wanted the reader to care about her and fear her, see her as a negative force but also as someone worthy of compassion.

I would be Julie, the best friend of the main character in The Good Son. She is generous and calm and wise and she has a very advantaged life. I know what it’s like to be generous, but … forget the rest of it!

I guess the big three are Truman Capote (who wrote In Cold Blood, for his simple, masterful sentences) Charles Portis (who wrote True Grit, for his ability to create voice, the strange archaic, quaint and formalistic way of speaking in the protagonist, teenager Mattie Ross), Betty Smith, author of A Tree Grows in Brooklyn, for her strong, surging command of story, and Julia Phillips, whose first novel, Disappearing Earth, was not only a triumph of literary fiction but a triumph of plot, drawing together so many disparate characters into a real wowser of tale. I can’t say Julia has influenced me because I’m not the writer she is: I just admire her.

People think of Shirley Jackson’s The Haunting of Hill House primarily as a ghost story but it’s a bravura feat of literary genius, too.

I know all the words to every song I’ve ever heard, from like, 1940 on, even though 1940 pre-dates me, by quite a good many years. I only have to hear it once and even if I want to forget it (as in the case of a song such as ‘Blurred Lines’ by Robin Thicke) I can’t.

It is describing a scene in nature. Readers would not know this because I work so hard at describing, like, every leaf in an edge, knowing the name of the foliage and the texture of the leaves and how they hold the rain … it all sounds fluent and second-nature – when it’s anything but that! I’m not a nature girl. I haven’t been outside willingly in twenty years.

Do you like cats or dogs? It’s dogs, hands-down. Dogs can be muddy and noisy and destructive but dogs really, really like you: They can’t believe their good fortune in seeing you again, even if they just saw you half an hour ago. Whereas with cats, it’s … is there food or no food? If you have food, I will put up with you for as long as it takes me to eat the food. Don’t misinterpret this as being some kind of bond between us; After I’m finished with the food, forget I ever knew you. If I want to be ignored by a warm-blooded creature, I could get married.

Here’s a look at THE GOOD SON 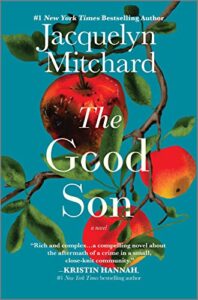 From #1 New York Times bestselling author Jacquelyn Mitchard comes the gripping, emotionally charged novel of a mother who must help her son after he is convicted of a devastating crime.

What do you do when the person you love best becomes unrecognizable to you? For Thea Demetriou, the answer is both simple and agonizing: you keep loving him somehow.

Stefan was just seventeen when he went to prison for the drug-fueled murder of his girlfriend, Belinda. Three years later, he’s released to a world that refuses to let him move on. Belinda’s mother, once Thea’s good friend, galvanizes the community to rally against him to protest in her daughter’s memory. The media paints Stefan as a symbol of white privilege and indifferent justice. Neighbors, employers, even some members of Thea’s own family turn away.

Meanwhile Thea struggles to understand her son. At times, he is still the sweet boy he has always been; at others, he is a young man tormented by guilt and almost broken by his time in prison. But as his efforts to make amends meet escalating resistance and threats, Thea suspects more forces are at play than just community outrage. And if there is so much she never knew about her own son, what other secrets has she yet to uncover—especially about the night Belinda died?