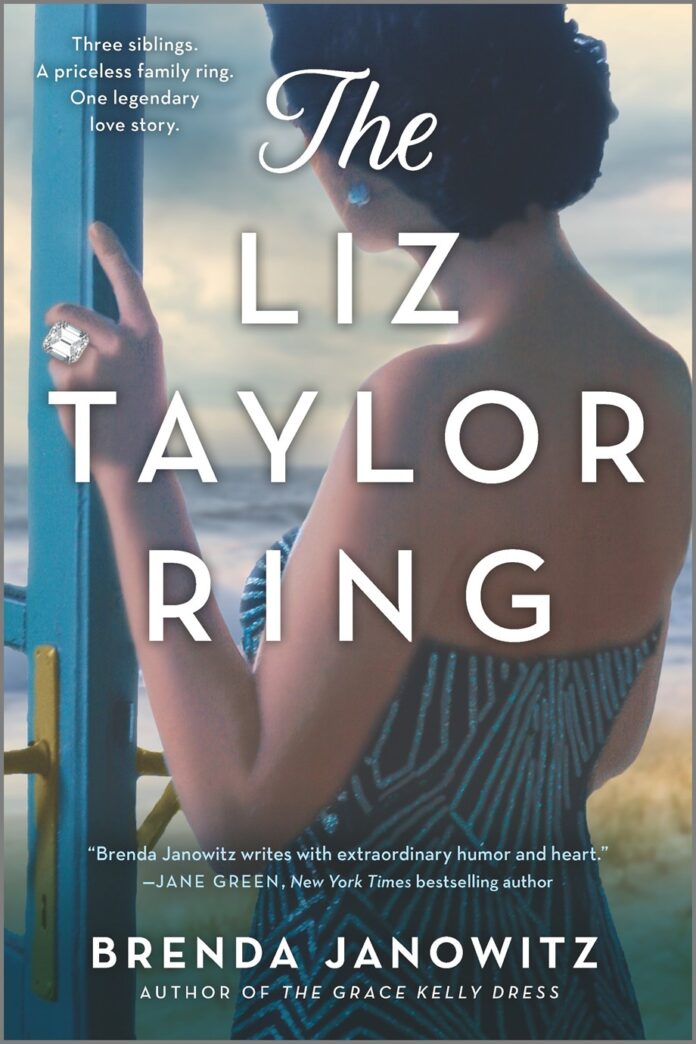 Loosely inspired by the real-life relationship between Elizabeth Taylor and Richard Burton and the Krupp diamond he gifted her as a symbol of their love, a sweeping multi-generational novel from the author of The Grace Kelly Dress about three siblings, the family heirloom that divides them, and the long-buried secret that forces them to question everything they thought they knew about their parents’ epic love story. For fans of Jane Green and Taylor Jenkins Reid.

In 1978, Lizzie Morgan and Ritchie Schneider embark on a whirlwind romance on the bright beaches and glamorous yachts of Long Island. Over the years, their relationship has its share of ups and downs, including a nine-month hiatus that ends with a stunning eleven-carat ring—one that looks just like the diamond Richard Burton gifted Liz Taylor after their own separation. Like the famous couple, despite the drama that would unfold throughout the Schneiders’s marriage, the ring would be there as a symbol of their love… until it wasn’t.

Decades later, when the lost ring unexpectedly resurfaces, the Schneiders’s three children gather under one roof for the first time in years, eager to get their hands on this beloved, expensive reminder of their departed parents. But determining the fate of the heirloom is no simple task, unearthing old wounds and heartaches the siblings can’t ignore. And when the ring reveals a secret that challenges everything they thought they knew about their parents’ epic love story, they’ll have to decide whether to move forward as a family or let the ring break them once and for all.