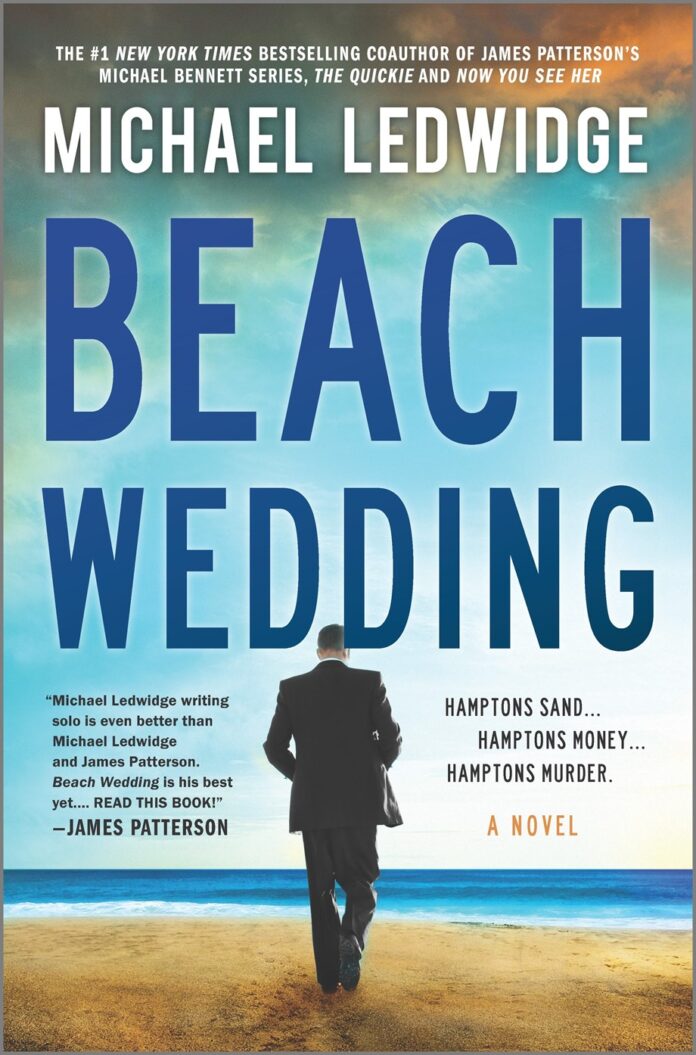 THE BEACH WEDDING BY MICHAEL LEDWIDGE

A high-society wedding party stirs up new evidences in an unsolved murder in this thrilling standalone from the New York Times bestselling coauthor of James Patterson’s Now You See Me and Zoo.

When Terry Rourke is invited to the spare-no-expense beach wedding of his hedge fund manager brother, he thinks that his biggest worry will be flubbing the champagne toast. But this isn’t the first time Terry has been to the Hamptons.

As the designer tuxedos are laid out and the flowers arranged along the glittering surf, Terry can’t help but take another look at a decades-old murder trial that rocked the very foundations of the town –and his family. He soon learns that digging up billion-dollar sand can be a very dangerous activity. The kind of danger that can very quickly turn even the most beautiful beach wedding into a wake.

With shades of The Great Gatsby, the Hamptons scene of a Nelson DeMille novel, and a page-turning plot, Ledwidge’s epic murder mystery thriller is an instant beach novel must-read.