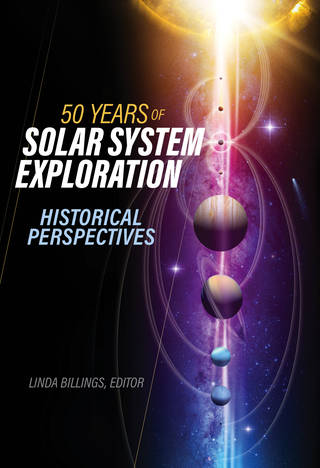 NASA’s first successful mission to another planet, Mariner 2 to Venus in 1962, marked the beginning of what NASA Chief Scientist Jim Green describes in this volume as “a spectacular era” of solar system exploration. In its first 50 years of planetary exploration, NASA sent spacecraft to fly by, orbit, land on, or rove on every planet in our solar system, as well as Earth’s Moon and several moons of other planets. Pluto, reclassified as a dwarf planet in 2006, was visited by the New Horizons spacecraft in 2015.

What began as an endeavor of two nations—the United States and the former Soviet Union—has become a multinational enterprise, with a growing number of space agencies worldwide building and launching planetary exploration missions—sometimes alone, sometimes together.

In this volume, a diverse array of scholars addresses the science, technology, policy, and politics of planetary exploration. This volume offers a collection of in-depth studies of important projects, decisions, and milestones of this era.

It is not possible to foresee what the next 50 years of NASA’s planetary exploration program will reveal. However, the 2020s are already looking promising. Planetary missions in recent years have focused more and more on exploring potentially habitable environments in our solar system and developing a more in-depth understanding of the evolution of planetary environments. Upcoming missions will continue to do so. In 2020, NASA launched its Mars 2020 rover, Perseverance, and in 2022 the European Space Agency will launch its Exomars rover. The Lucy and Psyche asteroid missions are set to launch in this decade, as are the Dragonfly mission to Titan and the Europa Clipper mission to the eponymous Jovian moon. Planetary defense is a new addition to NASA’s planetary portfolio, and the Agency’s Double Asteroid Redirection Test—its first planetary defense mission—is due to launch in 2021. NASA plans to develop a Near Earth Object Surveillance Mission this decade as well. It is safe to say that by 2062, our understanding of our solar system will be radically different than it is today. And we will look forward to it.