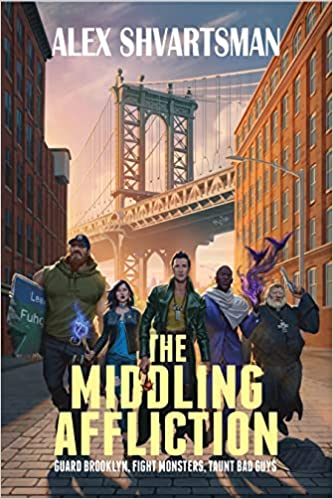 THE MIDDLING AFFLICTION By ALEX SHVARTSMAN

What would you do if you lost everything that mattered to you, as well as all means to protect yourself and others, but still had to save the day? Conrad Brent is about to find out.

Conrad Brent protects the people of Brooklyn from monsters and magical threats. The snarky, wisecracking guardian also has a dangerous secret: he’s one in a million – literally.

Magical ability comes to about one in every 30,000 and can manifest at any age. Conrad is rarer than this, however. He’s a middling, one of the half-gifted and totally despised. Most of the gifted community feels that middlings should be instantly killed. The few who don’t flat out hate them still aren’t excited to be around middlings. Meaning Conrad can’t tell anyone, not even his best friends, what he really is.

Conrad hides in plain sight by being a part of the volunteer Watch, those magically gifted who protect their cities from dangerous, arcane threats. And, to pay the bills, Conrad moonlights as a private detective and monster hunter for the gifted community. Which helps him keep up his personal fiction – that he’s a magical version of Batman. Conrad does both jobs thanks to charms, artifacts, and his wits, along with copious amounts of coffee. But little does he know that events are about to change his life…forever.

When Conrad discovers the Traveling Fair auction house has another middling who’s just manifested her so-called powers on the auction block, he’s determined to save her, regardless of risk. But what he finds out while doing so is even worse – the winning bidder works for a company that’s just created the most dangerous chemical weapon to ever hit the magical community.

Before Conrad can convince anyone at the Watch of the danger, he’s exposed for what he really is. Now, stripped of rank, magical objects, friends and allies, Conrad has to try to save the world with only his wits. Thankfully though, no one’s taken away his coffee. 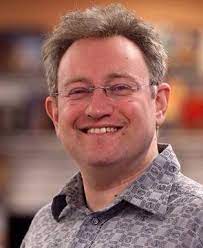 Alex Shvartsman is the author of The Middling Affliction (2022) and Eridani’s Crown (2019) fantasy novels. Over 120 of his stories have appeared in Analog, Nature, Strange Horizons, etc. He won the WSFA Small Press Award for Short Fiction (2014) and was a two-time finalist (2015 & 2017) for the Canopus Award for Excellence in Interstellar Fiction.

His translations from Russian have appeared in F&SF, Clarkesworld, Tor.com, Asimov’s, etc. Alex has edited over a dozen anthologies, including the long-running Unidentified Funny Objects series. He’s the editor-in-chief of Future Science Fiction Digest.

Alex resides in Brooklyn, NY. His website is http://www.alexshvartsman.com