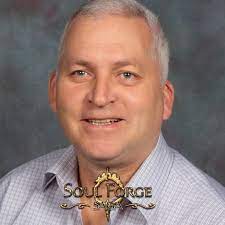 Richard H. Stephens lives in Cambridge, Ontario with his wife and five children. He began writing as a child, culminating in a 600-page novel about outer space that caught the attention of a special teacher, who encouraged him to keep writing.

After a thirty year detour, Richard retired from the police force and is now writing full time. With the support of his family, he’s now living his boyhood dream. You can learn more at his website: https://www.richardhstephens.com/ 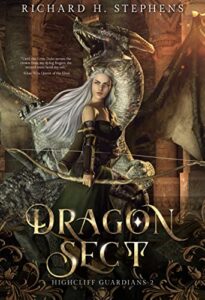 The Dragon Witch Wraith has returned.

With the Grim Duke in his place, and a tentative pact with the wizard’s guild, the Queen of the Elves’ only real concern is for her rebellious daughter. Or so she is led to believe.

Buoyed by the news of unrest in the land’s largest city of Urdanya, Duke Orlythe’s new wizard attempts to convince him that a path to the coveted Willow Throne lies within reach of someone bold enough to seize the opportunity.

The return of the Dragon Witch Wraith prompts the ailing high wizard to find a way to thwart his arch nemesis before everything South March has fought for is lost.

Oblivious to the dangers of the world, Princess Ouderling sets out on a quest to locate an ancient dragon, in a desperate attempt to save her mother from an inevitable fate.

Should she fail, the Grim Duke will ascend the throne.