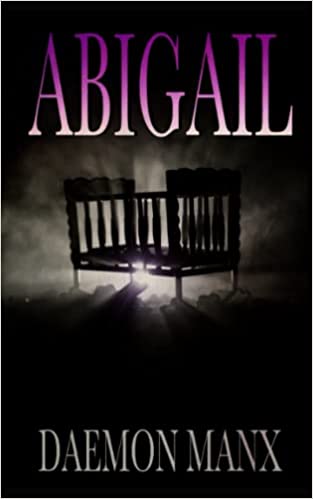 A book that combines Science Fiction and Horror into a place of twists and turns unimaginable by critically acclaimed horror author, Daemon Manx!

At the beginning of the third decade of the twenty-first century, being gay wasn’t supposed to be that big of a deal. It wasn’t supposed to be something you needed to hide in a closet, and it wasn’t supposed to be something that made you feel any less than the guy next door—certainly nothing to be ashamed of. Sadly, Adrian knew differently. He had experienced what it was like to grow up in the south in the “so-called” time of equality. He had known what it was like not to fit in. He had been called all those awful names, and he had felt the fists of acceptance. The horrible truth was that despite how progressive the world might have become, things caught on a whole lot slower in the south.”

Adrian has given up on the chance of ever finding true love, what with on-line dating and living in the bible belt, then he meets Dr. Mike. On what should be the happiest night of Adrian’s life, his world is turned upside down by a strange package left on his doorstep. A baby-like no other baby he has ever seen stares up at him from the tangle of pink blankets.
“A wide pair of violet eyes looked up at him. Silver flecks around the reptilian pupils flashed in the pale glow of the porch light. A hypnotic chimera washed over him as he fixed on the strange gaze. Suddenly, he felt weightless and out of the body; the sense that he was floating several feet above the ground was consuming. Adrian found himself face to face with the most peculiar vision. A small note accompanies the odd little girl.”

“Please take care of my daughter. Her name is Abigail.”
A wash of emotion overcomes Adrian as he looks into the eyes of the strange but perfectly beautiful child. He is overcome by a sense of belong, a feeling of contentment, and the overpowering emotion of love. Abigail is the singular most perfect creature he has ever seen. He knows in an instant that he has been chosen to care for and protect this wonderful blessing. But there is something very different about Abigail…
How can Adrian care for a child on his own? He is a single, gay man who knows how difficult life can be when you are different … and Abigail is different indeed.
He decides he must do whatever it takes to ensure the safety and well-being of little Abigail. And as the days and the weeks pass by, Adrian learns more about himself then he ever thought possible. He has been struggling with the ridicule and abuse he himself faced as a child and has suppressed those feelings for so long. But Abigail has a strange effect on anyone who comes in contact with her. Whoever sees her is overcome with joy and a sense of unconditional love.
“When all the projections of the unforeseeable future were reduced to one moment and all the pretentiousness of the “so-called” modern world were stripped away, the beauty of acceptance and unconditional love was all that mattered. The ability to love one of God’s creatures unencumbered by prejudice or fear was a quality that Adrian had seen little of in his lifetime. It was also an attribute he had no idea he might possess. But now he thought, maybe… just maybe.

The continuing story of Abigail follows the family through their life experiences. Part one is the telling of Abigail’s introduction into Adrian Billard’s life and the initial problem that creates. Part two, due out early next year, takes place fifteen years later and follows our family though those very trying times in a young girl’s life: The Wonder Years. High school, puberty, and dating … oh my!

Daemon Manx is an award-winning American author who writes horror, suspense, supernatural, and speculative fiction. Daemon has recently been nominated for the 2021 Splatterpunk awards for his debut, Abigail in the best short story category. In 2021 he received a HAG award for his story The Dead Girl. He is a member of the Horror Writers Association (HWA), and the Horror Authors Guild (HAG) and has been featured in magazines in both the U.S. and the U.K. Daemon lives with his sister, author Danielle Manx and their narcoleptic cat, Sydney where the patiently prepare for the apocalypse. There is a good chance they will runout of coffee far too soon.