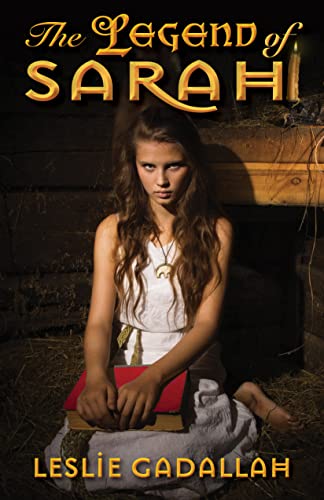 The Legend of Sarah by Leslie Gadallah

The Legend of Sarah by Alberta author Leslie Gadallah, a classic Canadian science fiction novel originally published as The Loremasters by Del Rey Books in 1988, is now available in a new, revised edition from Shadowpaw Press.

The Legend of Sarah is being released under the Shadowpaw Press Reprise imprint, which publishes new editions of notable, previously published work.

“A big thank-you to Shadowpaw Press for making The Legend of Sarah available again,” Gadallah said. “I do believe the story is more relevant now than ever, and I’m glad new readers will be able to enjoy it.”

“The Legend of Sarah is a terrific and timeless tale of post-apocalyptic science fiction that deserves to find a whole new audience,” said Edward Willett, editor and publisher of Shadowpaw Press. “I’m thrilled to be able to give it that opportunity.”

The Legend of Sarah can be bought directly from the publisher or from most online bookstores in both ebook and print and can also be ordered through any brick-and-mortar bookstore. This handy URL provides links to multiple online sources:  https://books2read.com/thelegendofsarah

More about the book

At fourteen, Sarah is an accomplished pickpocket who knows all the back streets and boltholes of the town of Monn. She steers clear of Brother Parker and his Church of True Faith, knows better than to enter the Inn of The Honest Keeper, and avoids the attentions of Butch, the Miller’s son, as best she can.

The one bright spot in Sarah’s day is listening to the storyteller’s tales of the magically easy lives of the Old People—and if,  as darkness falls, one of the wealthier listeners happens to be so intent on the storyteller’s voice that he becomes careless of his own purse, well, so much the better. Inspired by the storyteller’s narratives, Sarah often imagines her own life as the stuff of legend for some future troubadour.

But even such daydreams can’t prepare her for becoming embroiled with a witchy Phile—an agent of the devil, come in search of the Old People’s hidden secrets. How could Sarah have known that picking the wrong pocket would strand her in the middle of a power struggle among Brother Parker, the Governor, and the encroaching Phile spies?

Leslie Gadallah grew up in Alberta and is currently living in Lethbridge with her geriatric black cat, Spook. Educated as a chemist, she has worked in analytical, agricultural, biological, and clinical chemistry.  She has written popular science for newspapers and radio, has served as a technical editor, and is the author of four SF novels and a number of short stories.