Search
Home Blog Michael Ashcroft ‘In the Shadows: The extraordinary men and women of the... 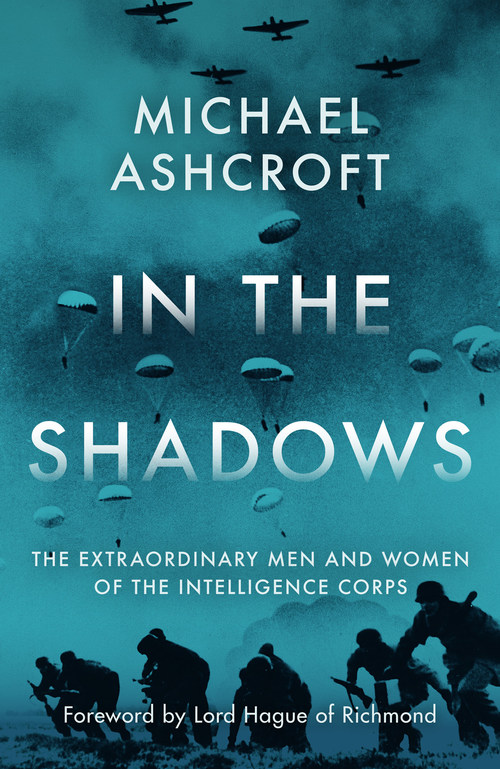 IN THE SHADOWSThe extraordinary men and women of the Intelligence Corps

PRE-ORDER NOW FROM BITEBACK OR AMAZON.

The Intelligence Corps is one of the smallest and most secretive elements of the British Army. It has existed in various guises since the early twentieth century, but it was only formally constituted in July 1940. In this book, Michael Ashcroft tells the astonishing stories of some of its most courageous and ingenious figures, who have operated all over the world from the First World War to the present day.

Whether carrying out surveillance work on the street, monitoring and analysing communications, working on overseas stakeouts, receiving classified information from a well-placed contact or interrogating the enemy in the heat of war, a hugely diverse range of people have served in the Corps, often supplementing their individual professional skills with original thinking and leadership in the name of the Crown. This book pays tribute to them and shows why, in the words of the 1st Duke of Marlborough, ‘No war can be conducted successfully without early and good intelligence.’

Lord Ashcroft is donating all author’s royalties from In the Shadows to military charities.

PRAISE FOR IN THE SHADOWS

“Every story in this book is a gripping individual drama, reminding us that many Intelligence Corps operators have risked and, in some cases, lost their lives in pursuit of a mission. Taken together, these accounts combine to portray a remarkable organisation.”

Lord Hague of Richmond, from the Foreword to In the Shadows.

LORD ASHCROFT KCMG PC is an international businessman, philanthropist, author and pollster. He is a former deputy chairman of the Conservative Party and currently honorary chairman of the International Democrat Union. He is founder and chairman of the board of trustees of Crimestoppers, vice-patron of the Intelligence Corps Museum, chairman of the trustees of Ashcroft Technology Academy, a senior fellow of the International Strategic Studies Association, a former chancellor of Anglia Ruskin University and a former trustee of Imperial War Museums. Lord Ashcroft has written twenty-five other books, largely on politics and bravery. His political books include biographies of David Cameron, Jacob Rees-Mogg, Rishi Sunak, Sir Keir Starmer and Carrie Johnson. His seven books on gallantry in the Heroes series include two on the Victoria Cross.

To pre-order a copy of In the Shadows, please follow the links below.