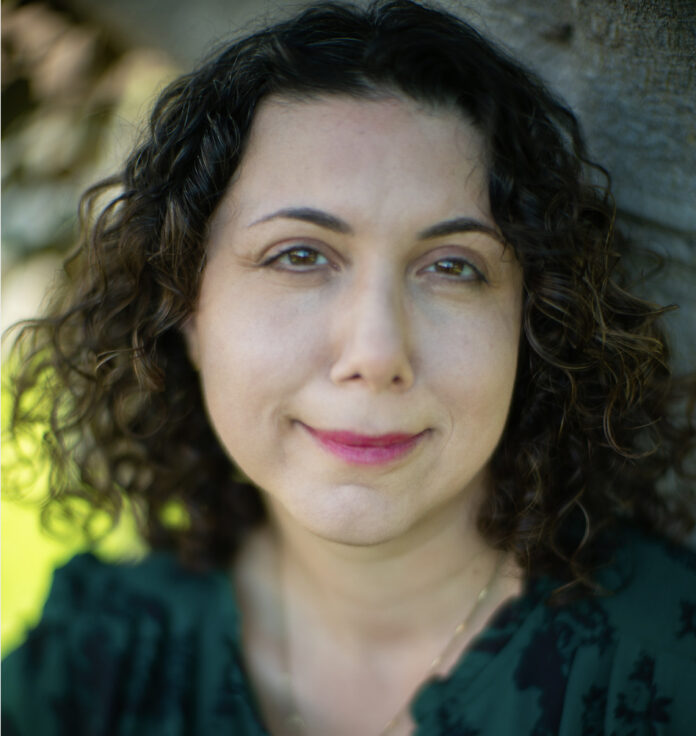 It Began With A Spider…By KC Grifant

A fear of spiders is normal, the internet tells me. However, a phobia—defined as an overwhelming and irrational fear of something—is not.

Like many horror writers, I struggled with a lot of fears growing up, all of which seemingly manifested in an arachnophobia so powerful I avoided the outdoors and checked my room obsessively for any hint of spiders.

There was just something about the insidious sneakiness of an almost-alien creature that could be approaching at any given second. I was especially disturbed at how spiders are so silent, with no scurrying, no buzzing, nothing to alert you to their presence except perhaps a tickle on the skin—but by then it’s too late.

Similar to the main character in the 1990 movie Arachnophobia (which I watched regularly, perhaps cathartically), I too had an impressionable event as a kid. Though I can’t remember it, my family tells me I watched in solemn horror as a spider crawled across a panicked relative.

My arachnophobia retained its potency throughout high school. When I read 1984, I thought how quickly I would fold to the oppressors if spiders were used instead of rats. I had nightmares of those 8-legged creatures dropping from the ceiling onto my face, sometimes so vivid it made me wake up screaming and running down the hallway.

Now, having taken the time to learn about spiders, I have a deeper appreciation for them. I learned how essential they are to the ecosystem, how they tend to be shy rather than aggressive, and prefer to avoid humans. My fear of them has faded. Apparently, this is common—many people outgrow their phobias as adults.

Though even now, traces of arachnophobia make their way into my stories (exhibit A: cover of my upcoming horror novel, MELINDA WEST: MONSTER GUNSLINGER). In my debut weird western book, spider shadow monsters suck people’s souls out of them via physical contact. A fitting analogy, maybe, for those phobias which can feel like they’re draining away our vitality, leaving in staggering fear in their wake.

Phobias often stand for something more abstract. Though I’m not afraid of arachnids these days, the fear of being caught off-guard, of having something sneakily approach, remains, having morphed into more adult anxieties of being unexpectedly accosted by someone. This makes me think we never truly outgrow our fears, but instead their energies morph and shift. They grow and mature along with us like faithful life companions, trying to keep us safe, for better or worse. 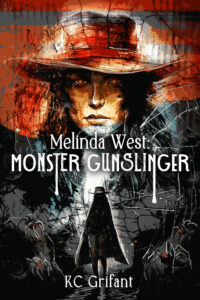 In an Old West riddled with monsters, a stoic gunslinger finds herself on a dangerous quest to save her friends and stop a supernatural war.

Sharpshooter Melinda West, 29, has encountered more than her share of supernatural creatures after a monster infection killed her mother. With her charismatic partner, Lance, the duo offers their monster-exterminating services to desperate towns, fighting everything from giant flying scorpions to psychic bugs. But when they accidentally release a vengeful demon, they must travel across treacherous lands to track a dangerous outlaw and battle a menagerie of creatures—all before an army of soul-devouring demons descend on Earth.

In addition to her Weird West novel, MELINDA WEST: MONSTER GUNSLINGER (Brigids Gate Press, Feb 2023), she has also written for dozens of anthologies, including: Chromophobia; Musings of the Muse; Dancing in the Shadows – A Tribute to Anne Rice; Field Notes from a Nightmare; The One That Got Away; Six Guns Straight From Hell; Shadowy Natures; Beyond the Infinite – Tales from the Outer Reaches; and the Stoker-nominated Fright Mare: Women Write Horror.