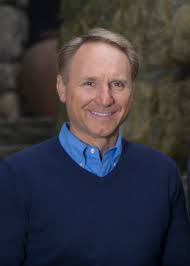 Today, the Museum of Science, Boston announced the date for the premiere of its new Planetarium film, God, Science, and Our Search for Meaning, written and narrated by international bestselling author Dan Brown. The 30-minute film, opening November 11 at the Charles Hayden Planetarium, is the result of a unique collaboration between Brown and the Museum over the last four years. The story, however, was inspired long before that by Brown’s childhood visits to the Museum.

“As the child of a mathematics professor and a Christian church organist, I’ve always been fascinated with the interplay between science and religion—two different languages attempting to answer life’s most profound questions,” said Brown. “These contrasting viewpoints are central to my novels, and I’m thrilled to be collaborating with the Boston Museum of Science on this thought-provoking project, which explores these captivating topics through the uniquely immersive experience of the planetarium.”

God, Science, and Our Search for Meaning examines the connections between faith and science as humanity has always looked to the skies in search of meaning. Who are we? Why are we here?  How did all of this come to be? Humans have long sought answers to these big questions through the lenses of religion or science – concepts often perceived to be at odds, but for many, can coexist.

“Humanity relies on science to solve physical problems, and on religion, philosophy, and spirituality to address questions of meaning and existence,” said Tim Ritchie, president of the Museum of Science. “It has been an uplifting experience to bring this film to the giant screen in collaboration with Dan Brown. My hope is that audiences around the world will walk away from the film appreciating how faith can coexist with science and how both are needed in envisioning a world where science belongs to us all for the good of us all. ”

God, Science, and Our Search for Meaning was developed by the Planetarium’s in-house production team working alongside Dan Brown and in consultation with a diverse group of advisors throughout its four-year production. Thought leaders in science and religion contributed guidance in ensuring the film took great care covering this intersection.

“Awe, wonder, and curiosity about the universe and our place in it resonates among people of very different cultures, identities and worldviews,” said Dr. Katy Hinman, Program Director, AAAS Dialogue on Science, Ethics, and Religion (DoSER) program which served as a consultant during the film’s development. “We are excited to see the Museum’s new planetarium show recognizing and honoring faith’s importance as a core pillar of identity for most people around the world, and bringing that into conversation with the scientific exploration of the universe.”

After its release in November, the Museum of Science and Dan Brown plan to license the film for distribution to other planetariums around the world beginning in 2023.

“Producing the film, God, Science, and Our Search for Meaning, has been an exciting and incredibly meaningful experience for many of us on the team at the Charles Hayden Planetarium. It gives audiences an opportunity to reflect on the natural awe and wonder of looking up at the cosmos, just as so many before us have done”, said Dani LeBlanc, director of immersive theaters at the Museum of Science. “I’m hopeful that the themes and questions we touch upon on in this film will resonate with audiences the world over.”

God, Science, and Our Search for Meaning opens at the Charles Hayden Planetarium at the Museum of Science, Boston, with a special showing to Museum members on November 11, and opens to the public on November 12. Tickets are $10 each and can be purchased online or at the Museum box office. For more information visit, www.mos.org.

About the Museum of Science, Boston

Among the world’s largest science centers, the Museum of Science engages millions of people each year to the wonders of science and technology through interactive exhibitions, digital programs, giant screen productions, and preK – 8 EiE® STEM curricula through the William and Charlotte Bloomberg Science Education Center. Established in 1830, the Museum is home to such iconic experiences as the Theater of Electricity, the Charles Hayden Planetarium, and the Mugar Omni Theater. Around the world, the Museum is known for digital experiences such as Mission: Mars launching in 2022 on Roblox, and traveling exhibitions such as the Science Behind Pixar. Learn more at mos.org.