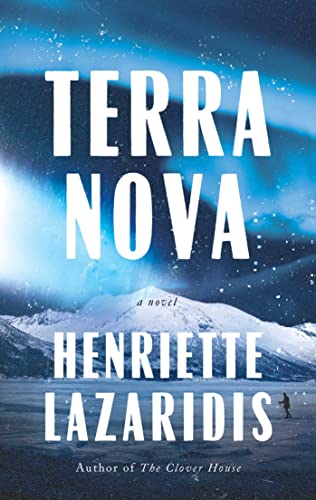 I grew up in the Boston area, the only child of expat parents, speaking Greek as my first language. My earliest encounters with stories came through the episodes from the Odyssey that my father told me at bedtime. Since hearing those tales of the traveler looking for his home, I’ve been interested in the issues of exile and nostalgia, belonging and identity, which I explored in my debut novel THE  CLOVER HOUSE and in various essays and stories.

A lifelong fascination with explorer Robert Falcon Scott led me to write the forthcoming novel TERRA NOVA (December 6, 2022, Pegasus Books) about two fictional Antarctic explorers in 1910 and the woman who loves them both.

Besides TERRA NOVA and THE CLOVER HOUSE (a Boston Globe best-seller), I have published work in venues including ELLE magazine, Narrative Magazine, Forge, Salamander, New England Review, The Millions, The New York Times, and the Huffington Post.

My devotion to storytelling led me to degrees in English literature from Middlebury College, Oxford University, where I was a Rhodes Scholar, and the University of Pennsylvania. I went on to teach English literature at Harvard for ten years before quitting to write full time and raise my two children who are now fully -formed adults. I now teach writing at GrubStreet in Boston and run the Krouna Writing Workshop in northern Greece.

My favorite things to do besides read and write? I train regularly on the Charles River as a competitive rower and I am deeply in love with trail and mountain running and all forms of downhill (and uphill) skiing.