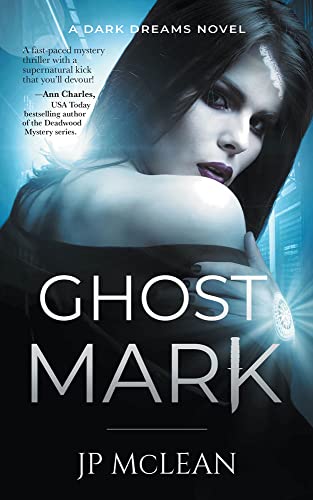 Jane Walker’s nightmares aren’t imaginary—they’re glimpses into the traumatic past; and the past can be dangerous, especially now that Jane’s protective birthmarks are gone.

Worse, she’s no longer invisible within her dreams—and learns this the hard way while using her power to incriminate a ruthless killer. Inadvertently revealing her ghost form, she launches him on a relentless hunt to track her down.

Even more disturbing, Jane knows this man. She once tried to use her power to save him from injury, but instead set him on a path of violent crime. Now, he’s targeted the man she loves, and Jane must keep one step ahead of this cold-blooded assassin before he gets rid of Ethan permanently.

Jane has one last chance to fix the mistake that altered this man’s history, but that means taking her most dangerous dream journey yet—one from which she might never awaken.

Ghost Mark is the second installment of the Dark Dreams Series by JP McLean, an author whose writing the Ottawa Review of Books calls “relentless and original.”

McLean’s writing is as ingenious as her protagonist, ranging from grunge to repartee to sophistication to laugh-out-loud snarks. Ghost Mark is Gripping. You won’t put it down till it’s done_—Ottawa Review of Books

A captivating nail-biter that will leave readers thirsting for more! _—InD’tale Magazine 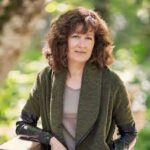 JP (Jo-Anne) McLean is a bestselling author of urban fantasy and supernatural thrillers. She is a Global Book Award winner, a Chanticleer Paranormal Award for Supernatural Fiction and Page Turner Award finalist, and has received honours from the Eric Hoffer Book Awards, the Wishing Shelf Book Awards, the NIEA Awards, and the Whistler Independent Book Awards. Her work has won a Readers’ Favorite Award, two Gold Literary Titan medals, and honourable mentions from the Whistler Independent Book Awards and the Victoria Writers’ Society. Reviewers call her work addictive, smart, and fun.

JP holds a Bachelor of Commerce Degree from the University of British Columbia’s Sauder School of Business, is a certified scuba diver, an avid gardener, and a voracious reader. She had a successful career in Human Resources before turning her attention to writing.

Raised in Toronto, Ontario, JP has lived in various parts of North America, from Mexico and Arizona to Alberta and Ontario. JP now lives with her husband on Denman Island, which is nestled between the coast of British Columbia and Vancouver Island. You can reach her through her website at jpmcleanauthor.com.