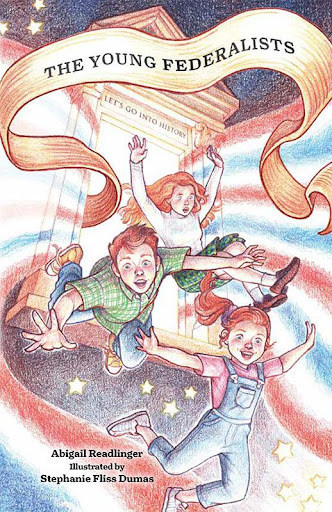 Mascot Books announces the release of The Young Federalists, written by Abigail Readlinger, with illustrations by Stephanie Fliss Dumas.

Readlinger wrote The Young Federalists after reading The Federalist Papers during her freshman year of high school. While learning about this important time in history, she realized the text was presented in a way that was difficult for students to understand and engage with, and she sought to change that.

“The Federalist Papers are considered one of the most important sources for interpreting and understanding the original intent of the Constitution,” said Readlinger. “My idea was to turn this hard-to-understand writing into something exciting and interesting for young audiences.”

Homebound during the pandemic, Readlinger had the time to create The Young Federalists, which is presented as a fantasy novel. She hopes the book will spark interest in The Federalist Papers for kids before they enter high school.

“If I can encourage a younger generation to read The Federalist Papers, it can help us better in understanding why we have the Constitution and why things matter to us as Americans,” said Readlinger, who hopes to continue The Young Federalists series and turn other founding documents into children’s books and middle grade fantasy novels.

Readlinger is a current high school senior at The Wilberforce School, located in Princeton, New Jersey, where she enjoys participating year-round on both the sport and debating teams. In her free time, Abigail enjoys horseback riding, creative writing, and rereading all of her favorite Agatha Christie novels. She has two younger siblings named Sarah and Doc, as well as an honorary third sibling―her yellow lab, Daisy.