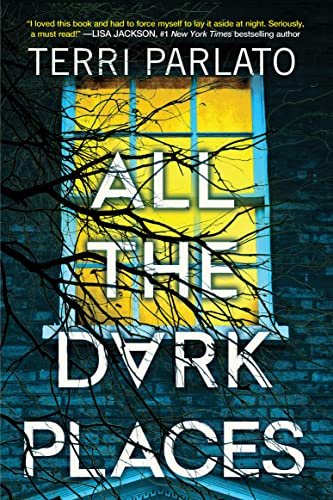 All The Dark Places by Terri Parlato

A savage murder rocks a quiet Massachusetts suburb, revealing the dark secrets at the center of a group of friends and setting two women –  one with a traumatic past, the other a Boston police detective – on a hunt for truth in this stylish debut thriller for fans of Megan Miranda and Shari Lapena…

Snow falls softly outside Molly Bradley’s home on a frigid January night. Inside, half a dozen close friends are gathered to  celebrate the fortieth birthday of Molly’s psychologist husband, Jay. Candlelight gleams against dark wood, wine flows, and the  house rings with laughter. Everybody loves Jay, Molly most of all. Yet next morning, Molly discovers Jay dead on the floor of his  office, his throat brutally slashed.

After decades working with the Boston PD, Detective Rita Myers has grown accustomed to the banality of evil—the murders that  make no sense beyond bad luck or a tragic brush with the worst of humanity. But Jay Bradley’s murder isn’t random, or a mere  crime of opportunity. Rita is convinced that someone in the couple’s small circle killed him. Someone who was celebrating with  them that night.

Devastated, Molly tries to make sense of her husband’s death. Jay was her rock, the only person who really understood the  nightmare she lived through long ago. He knew the horrors she’s kept hidden even from her friends. But shocking revelations are  making her question if Jay was all he seemed to be—and whether someone else knows her past too. And until Molly figures out  who she can really trust, she won’t be able to stop herself becoming the next target . . .