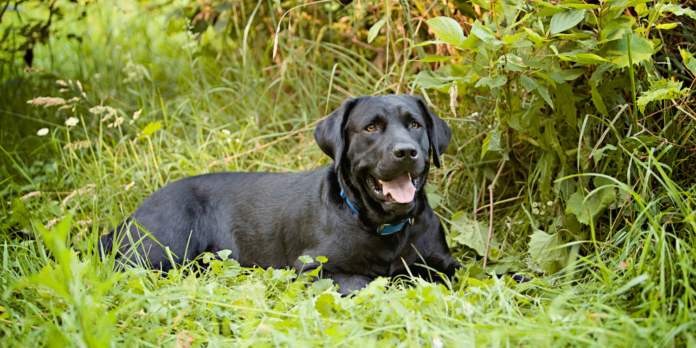 Readers, get to know Special Agent Meg Jennings form the newest F.B.I K-9 novel, Still Waters! In the latest page-turning novel from Sara Driscoll, Meg and her search-and-rescue Labrador, Hawk, find that a training session in the Minnesota wilderness becomes a fight for survival.

Who do you love most? It’s a tie. I love Todd. He’s an incredible man—strong, resilient, and patient with me when others would have thrown up their hands and walked away. He gets me, and I can’t overstate how crucial that is. On top of that, first response is hard-wired into him. Because of that, he’s not only my partner at home, but he’s been involved with several of my cases, and has saved lives during that time, including my sister’s. But I also love Hawk. I know, you’re probably thinking that I’m crazy, making them equal, but Todd would be the first person to understand. He gets that Hawk is my heart dog, and that my love for him is as important as my love for Todd. He also know I’ll only have Hawk for maybe another ten years, so our time together is important. Todd and I hopefully have the rest of our lives together.

Name an event that changed your life. The death of my Richmond PD patrol dog, Deuce. He was shot in the line of duty, while we were pursuing a rapist, and died in my arms. I didn’t know it at the time, but that tragedy set off a cascade of changes that altered my whole life. His death hit me hard. Deuce was my partner, my heart dog, my canine soul mate. I was lost without him. So much so, I quit the Richmond PD and retreated to my parents rescue outside of Charlotteville, Virginia, to regroup. To figure out who I was without Deuce. Within days, an extremely sick black Lab puppy was left on the rescue doorstep. He had parvovirus, a virus that kills over 90% of dogs left untreated and many of those who are treated. I badly needed the distraction, so I poured everything I had that tiny puppy. We named him Hawk, because a hawk is a bird of strength and determination, and we needed him to have that same strength and determination. It took two months for him to pull through, and, by that time, we were bonded. I knew he was smart, and started training him as soon as he was physically able. But I didn’t want to return to the risk of police work, so we trained in search-and-rescue, and joined the FBI a little over a year later. And that’s been our path ever since. I’ve been beyond lucky. Finding one heart dog is rare, finding two in practically unheard of. But I’ve been blessed with Deuce and Hawk.

On a scale of one to ten, how good are you when it comes to keeping secrets? 9.5. I can keep them, that’s not a problem, but sometimes I don’t think they should be kept, so I’ll let a few people in on the secret, especially if it will help advance a case.

Name someone that inspires you. My sister Emma. She wasn’t always my sister; I met her as a teenager in Virginia following Hurricane Cole. She had escaped a sex trafficking ring during the worst of the hurricane and had gotten lost in the Great Dismal Swamp. When Hawk and I found her, she was shimmied up a fallen tree at the edge of Lake Drummond, scrambling backward, away from the biggest alligator I’d ever seen. Hawk and I managed to distract the alligator long enough for Emma to get away and then Hawk protected her while she got away and I took care of the alligator. Emma’s amazing. Even though she was only eighteen, she’d been in the trafficking ring for years. But even though she’d been abused and was scared to death, she had the guts to help us crack the ring, making sure that everyone involved was arrested. Afterward, she agreed to go back to my parent’s rescue to work with the animals and to live under their care. I knew how soothing it had been for me after Deuce died; I hoped it would do the same for her. It did, and she thrived. The added bonus was that she bonded with Mom and Dad. So much so, after she’d been with them a year, they wanted to make it official with an adult adoption. My sister, Cara, and I were all for it. She’s now a part of the Jennings family, and the girl who had spent her teen years locked away and forced to be a sexual object is a strong, independent woman, making her own choices and living her life her way. She’s a wonder.

You can only read one genre for the rest of your life. Which do you choose? Mysteries. I love a good puzzle and I love to see justice done in the end. Sometimes life doesn’t give you the emotional justice you need; so, sometimes fiction can fill the void. Puzzle solved; bad guy nailed. It doesn’t get much better than that. I know, because this is my wheelhouse, that it doesn’t always happen that way in real life.

What is the bravest thing you ever did? Remember how I don’t like heights? There was that time during the Stevenson case when Hawk and I were tracking a kidnapped and poisoned senior at the condemned Bowie meat packing plant. I could see Mrs. Devar on the far side of the roof, but the roof was in such terrible shape, there was only one way across it without having it cave in, dropping me about four floors on to a manufacturing floor of ancient equipment—over the steel skeleton of the sky light. The glass was long gone, but the I-beams remained, crossing about a twenty-five-foot chasm. I really didn’t want to do it, but it was chicken out and let her die, or suck it up and have a chance to save her. I didn’t really have a choice, because I wasn’t about to be responsible for her death. I had to leave Hawk on one side of the roof while I tried to walk to the far side with only Clay McCord in my earbuds for support, or to call 911 if I fell. As it was, I nearly went down. I stepped on glass fragments on the I-beam, nearly lost my balance, and just stopped myself from going over. I finally made it over to the far side. It realistically only took a few minutes but it felt like hours, and I’ve never been so thankful to be back on a solid surface in my life.

In the latest page-turning F.B.I K-9 novel, Special Agent Meg Jennings and her search-and-rescue Labrador, Hawk, find that a training session in the Minnesota wilderness becomes a fight for survival…

Keeping their search-and-rescue skills honed isn’t just a job requirement for FBI Special Agent Meg Jennings and her Labrador, Hawk—it’s essential to saving lives. A water search training weekend in the Boundary Waters area of Minnesota has attracted participants from all levels of law enforcement, each vying to win. The races are challenging, the rivalry is intense, and Meg is already under pressure when Hawk alerts to a scent in the water—and discovers the fresh body of one of Meg’s fellow competitors.

The contest is called off, but Meg’s still feeling the heat. The victim had made an unfounded complaint about her, one that could cost Meg her job and see Hawk removed from her care. The field of suspects is daunting, and all of them are experts in throwing others off the trail. And though Meg’s team flies out to Minnesota to help uncover the truth, they’re on unfamiliar territory, pitted against a killer with the skills, and the motivation, to stay hidden in plain sight…