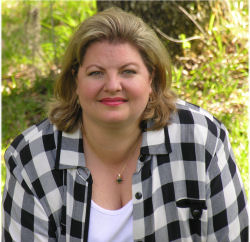 Once upon a time, after an exciting, glorious career in the highly-paid and scintillating industry of hi-tech product marketing, multi-talented C.L. Wilson decided to write a book. She picked up a pen, a notepad, and a cup of delicious freshly-brewed and highly-caffeinated coffee, and began to write. The words flowed like magic from her pen, and a fully-realized vision of an astonishing and uniquely fascinating fantasy world sprang effortlessly from her fertile imagination.

Within a few weeks—and with no revisions whatsoever—C.L. Wilson’s masterpiece, a 1,000 page epic women’s fantasy novel, was complete. She popped it into an envelope, mailed it out to a publisher, and in less than ten days was contracted for a six figure advance with global book tours, and was a virtual shoe-in to receive a coveted #1 spot on the New York Times’ list of bestselling novels in America. 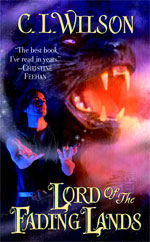 “Rhiannon!” (sound of giggling child pushing quickly away from keyboard and racing for the hills…)

…ahem…Sorry folks, that was my middle child, Rhiannon Danielle, practicing her own very fertile–and hopeful!–imagination. The part about grateful parents paying exorbitant allowances to beloved genius middle daughters was sure to come next.

If only getting published was that easy. The real story is a little less spectacular, but for me at least it’s still been quite magical. 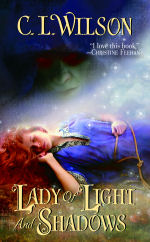 Born in Houston, TX while my parents worked at NASA to help put a man on the moon, and raised on a heady combination of space food and the fairy tales I insisted my mother read to me, is it any wonder I grew up to write stories about other worlds? (To be honest, I think the clinchers were the release of George Lucas’s original Star Wars and my discovery of both Anne McCaffrey’s Dragonriders of Pern and J.R.R. Tolkien’s Lord of the Rings.) 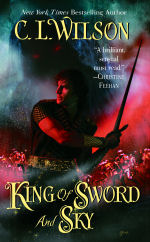 Being more inclined towards artistic rather than engineering or hard-science endeavors, my stories naturally migrated into the realm of fantasy where imagination is king and anything is possible. Combine that with a love for historical romances, and a cradle-born fascination with myths, legends, and lore, and—voila!—you have a fantasy romance / romantic fantasy novelist.

I am not what you might call an overnight success. I have been writing and honing my craft for years—and will continue to do so for many, many years to come. For all the gory details about my road to publication, click here.

I currently reside with my husband, our three wonderful children, and our little black cat, Oreo, in a gulf-coast Florida town about an hour south of Tampa. We live on a secluded eight acres filled with moss-covered hundred-year-old live oaks, where we enjoy local wildlife including a small herd of deer, alligators, wild pigs, a nesting pair of peregrine falcons, bald eagles, foxes and even the occasional Florida panther. 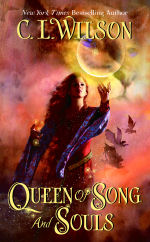 I have a delightful, close-knit family, including my much-loved and very supportive parents, two sisters, a brother, assorted nieces, aunts, uncles, and in-laws, and one very charming red-headed grandmother who has always been the fashion plate of the family. 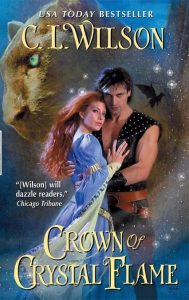 Novels of the Fading Lands

She is the salvation of a Fey king’s tormented soul, and the key to saving his immortal race. Only by unleashing her vast power can they hope to conquer the evil forces determined to destroy them.

Beginning with Lord of the Fading Lands, continuing with Lady of Light and Shadows, King of Sword and Sky, and Queen of Song and Souls, and concluding with Crown Of Crystal Flame, the Tairen Soul Series tells the story of Ellysetta Baristani and Rain Tairen Soul as they fight to save the tairen and the Fey, defeat the dangerous power of the Eld Mages, and complete their truemate bond.

Comment on this blog for a chance to win a signed copy of Lord of the Fading Lands, Lady of Light and Shadows, AND King of Sword and Sky! The first three books in the Tairen Soul Series!