The fun, the entertaining, the outspoken Shiloh Walker joins us at Reader’s Entertainment Radio as we discuss her new romantic suspense Ash Trilogy starting with her upcoming release If You Hear Her.
Here is a little bit about the book:

A CRY IN THE WOODS

The scream Lena Riddle hears in the woods behind her house is enough to curdle her blood—she has no doubt that a woman is in real danger. Unfortunately, with no physical evidence, the local law officers in small-town Ash, Kentucky, dismiss her claim. But Lena knows what she heard—and it leaves her filled with fear and frustration.

Ezra King is on leave from the state police, but he can’t escape the guilty memories that haunt his dreams. When he sees Lena, he is immediately drawn to her. He aches to touch her—to be touched by her—but is he too burdened by his tragic past to get close?

When Ezra hears her story of an unknown woman’s screams, his instincts tell him that Lena’s life is also at risk—and his desire to protect her is as fierce as his need to possess her.

We talk with Shiloh about writing, having her own life outside of writing, where her career started and whats next for her. We also put her in the hot seat with our speed round of questions! She pulls it off like a champ and we find out some great tidbits about this fascinating author!

Readers Entertainmenthttp://dayagency.com
Previous articleExcerpt and Giveaway!
Next articleMet Jade Lee, the author, not the “other” Jade Lee! 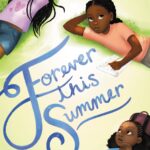