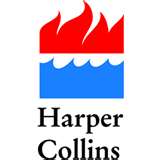 Amanda Knox the young American acquitted after spending four-years in an Italian prison for the murder of roomate Meredith Kercher, had just signed a book deal.

Harper Collins will be publishing Knox’s memoir which will disclose details of her time in Italy and the time she spent in an Italian prison. There were bidding wars over the yet-to-be written memoir, and Harper Collins had with winning bid for right at $4 million. Robert Barnett, an attorney that negotiated book deals for the Clintons, George W. Bush and Barack Obama represented Ms. Knox in the deal.

A statement from Harper Collins states: “Knox will give a full and unflinching account of the events that led to her arrest in Perugia and her struggles with the complexities of the Italian judicial system,” HarperCollins said in a statement.

“Aided by journals she kept during her imprisonment, Knox will talk about her harrowing experience at the hands of the Italian police and later prison guards and inmates. She will reveal never-before-told details surrounding her case, and describe how she used her inner strength and strong family ties to cope with the most challenging time of her young life.“

Her boyfriend, Rafaele Sollecito who was also convicted in the murder and was acquitted the same day as Knox, has a literary agent seeking out a book deal.

Since her release, Knox has kept a private life in her hometown of Seattle, Washington. The memoir is expected to be released in early 2013.