The Making of a Series by C.E. Lawrence

The Making of a Series
from thriller author C.E. Lawrence

It’s always a challenge to pinpoint the exact moment a notion takes hold of the imagination. Sometimes it’s even hard to remember if an idea came from me or one of my writer friends (when in doubt, of course, I always claim it as mine.)  So I don’t recall when precisely I knew I was going to write thrillers.  But after a bunch of plays, two Sherlock Holmes novels and three “cozy” mysteries, I was ready for something different.  And I was becoming increasingly fascinated by criminal psychology, already collecting books on serial killers, con men and investment bankers (okay, cheap shot, but I’m only human.)

One of the best ways for a writer to investigate something is to write about it.  So I took a grad course on criminal psych at John Jay College, and began putting together a cast of characters.  My hero would be a criminal profiler, and he had to be sexy but with an Achilles heel, of course.  Having recently experienced a bout of clinical depression while in therapy, I thought that was something I could write about realistically.  And I was unaware of any other protagonist in the thriller genre who suffered from that particular affliction.  (One has to be wary of reinventing the wheel in any genre.)  Lee Campbell would be tall, handsome, and sensitive – maybe a little too sensitive for his own good.  And he would have a tragic past – which accounted for his struggle with depression.

He needed a foil – a sidekick, as it were, who was a complete contrast. So I came up with the short, thick, no-nonsense Detective Leonard Butts, happily married, completely non-introspective.  He would be blunt and a bit crude, but honest and courageous. And since Lee was on the thin side, Butts would have a real food fixation – the kind of person who was always shoving something into his mouth.

And so the cast grew around Lee – the steady if unexciting Chuck Morton, his best friend from college with the rapacious, evil wife Susan, who still has a thing for Lee.  In Silent Screams, Lee meets Kathy Azarian, a respected forensic anthropologist, who later becomes his love interest.  I gave him a couple of pretty exotic friends, including a bi-racial gay couple, Rhino and Diesel – my version of the Baker Street Irregulars.  They move around easily in the city’s underworld, with ties to the medical profession as well.  As the series grew, I added characters with each book – Elena Krieger, a sultry and sexually ambiguous German forensic linguist, and Sergeant Ruggles, Chuck Morton’s overly attentive British assistant, whose hidden abilities play a part in the third book in the series (Silent Kills.)  And of course once I put Lee and Kathy together, I had to give them relationship issues – it couldn’t be smooth sailing for long. 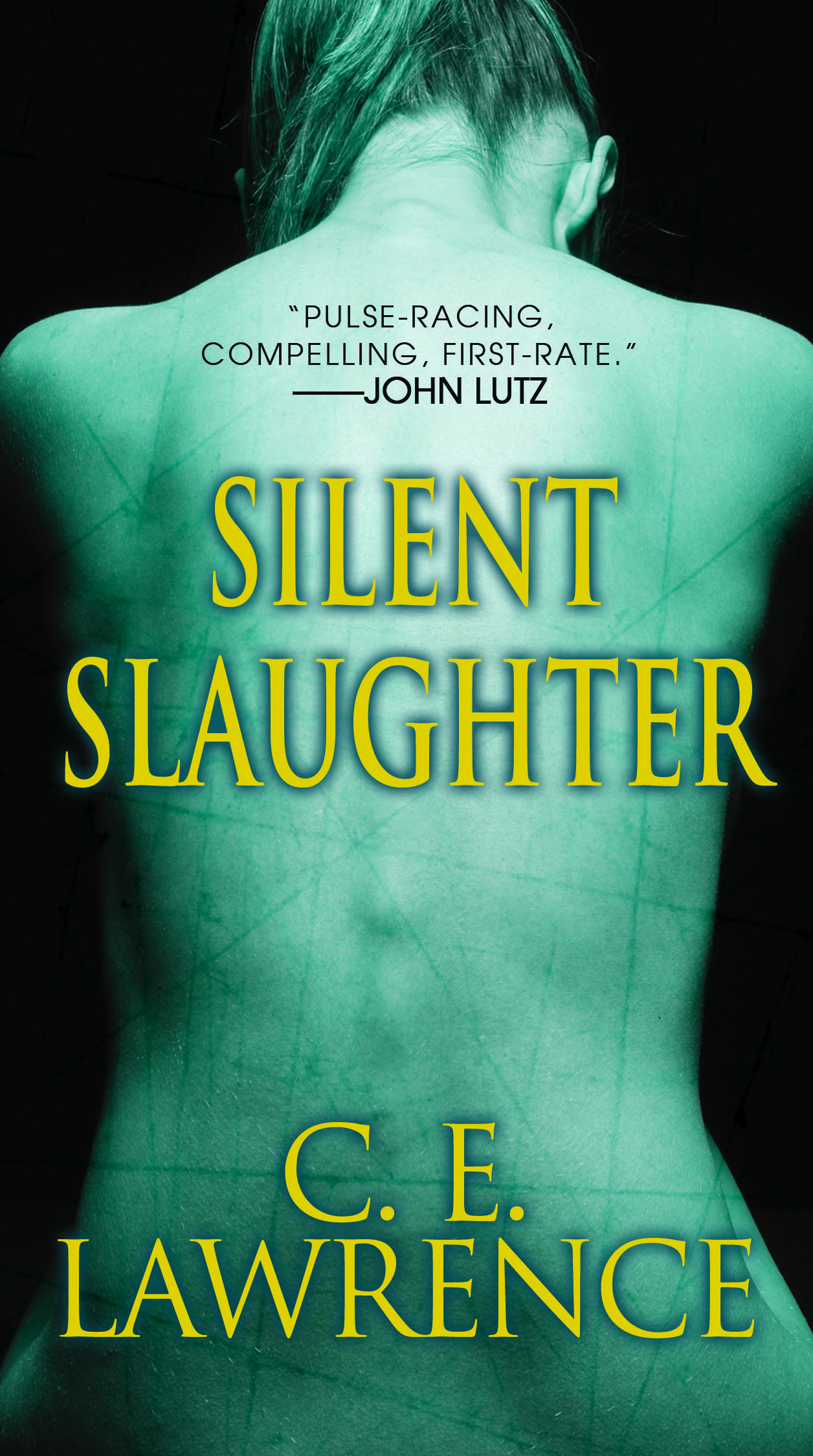 The setting was easy – of course it would be New York, that great and glorious canvas, the endlessly moving mosaic of the best and worst of human nature.  I had called the city my home long enough to feel a fierce love for it, one that intensified after the tragedy of 9/11.  And because I live so close to Ground Zero, and was profoundly affected by the events of that day, the aftermath of 9/11 forms a backdrop in my books.

The killers were another challenge.  I was writing all of this while living in a cabin in the woods with a lock that a nine year old could jimmy with a screwdriver. My only other protection was an aged tabby whose main interests in life were badgering me for food and finding skunks to scuffle with.  He would come home smelling of armpits and week old gym socks, ready for another tomato juice bath (note: it doesn’t work.  Nothing works.)   I would sit up long into the Ulster County nights, pondering the nature of evil and what might drive a murderer to do unspeakable things, while my malodorous cat dozed happily next to me, apparently oblivious of his noxious scent.

I’m intrigued in what drives people, especially criminals – and unlike some other thriller writers, I’m interested in exploring that in my books.  So I always have a few brief chapters from the POV of the murderer.  I want to explore their backgrounds, how they metamorphosized into killers, and how their minds work.  So far I’ve managed to find similarities but also differences in all my serial killers.  The endless twists and turns of the human mind are endlessly fascinating, and pathology has its own obscure pathways.

From the very beginning I was thinking in terms of a series.  Any writer who isn’t thinking that way isn’t hooked into what’s going on in the market.  So I crafted a cast of characters who I hope readers will want to get to know better.  And New York has – literally – endless possibilities as a setting.  And as long as there are people, there will be criminals, I believe, and (sadly) serial killers.  It feels a little uncomfortable to be making a living writing about the misfortunes that real people have suffered, but I guess any crime writer must have that thought from time to time.

Of course, coming up with a new premise and plot twist for each book is a challenge, and time will tell whether I can invent something fresh each time.  I think any writer who has taken on the challenge of writing a series must be haunted by these concerns, but so far I’m enjoying the chance to explore variations on the bizarre world of the ritualistic sexual offender.  As the series continues, I expect to eventually introduce some bombers and spree killers, assassins and snipers, but for now it’s been classic serial killers.

And each time I sit down to write I think about the real heroes – the men and women in law enforcement who go out and catch these offenders, often at the risk of their own lives.  As I told my friends Gregg McCrary and Mark Safarik, both terrific people and former FBI profilers, they’re the real thing.  I’m just working in their shadow. But I’m not complaining – I’m grateful to rub shoulders with people like them, and have the privilege of being part of the thriller writing community.  Even on a bad day, I feel pretty damn lucky.

C.E. Lawrence is the byline of a New York-based suspense writer, performer, composer and prize-winning playwright   and poet whose previous books have been praised as “lively. . .” (Publishers Weekly); “constantly absorbing. . .” (starred Kirkus Review); and “superbly crafted prose” (Boston Herald). Silent Screams, Silent Victim, Silent Kills, and recently released Silent Slaughter are the first four books in her Lee Campbell thriller series along with her short novella Silent Stalker available on Kindle. Her other works have been published under the name of Carole Buggé. She also teaches classes at NYU, and holds regular writers workshops, all while writing, lecturing and writing about the craft of writing. She most recently taught a crime writing class at the San Miguel Writers Conference held in the lovely historic town of San Miguel d’Allende, Mexico and she had a cover article titled The Moral of the Story published in the July 2012 Mystery Writers of America’s National Newsletter.

Readers Entertainmenthttp://dayagency.com
Previous articleReader’s Entertainment Presents: Fred McGavran
Next articleREDISCOVERING THE FUTURES OF THE PAST