Growing up on Graham Masterton, Stephen King and Hammer Films

Writing was an addiction and reading and movies were an escape.  But, unlike many young girls I wasn’t reading princess books and Teen Beat, I was reading Graham Masterton’s The Manitou and Stephen King’s The Stand.  My first horror film that I can recall was The Blob, the original, not the remake, but my real love was Saturday night Creature Features with Bob Wilkens.  And if the night’s monster movie happened to be a cheesy Hammer Film I was in heaven!  Christopher Lee and Peter Cushing, Peter Laurie and Boris Karloff.  Oh and of course Lon Chaney Jr. and Vincent Price! If you don’t recognize any of these names you are NOT a true horror movie buff.  And if you do, check out this cool Hammer Films quiz on Rotten Tomatoes I found and see if you do better than me! http://www.rottentomatoes.com/quiz/hammer-movie-actors/ 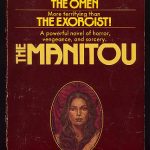 I wrote my first novel when I was 11 years old.  It took me a year to hand write 156 pages.  About halfway through the book someone told me about quotation marks, or perhaps I learned about them in school by them, but either way you start seeing them, finally, toward the latter part of the book.

It was called Day of the Demons and was, ironically, very much like The Manitou.  No one was surprised.  I was big Graham Masterton fan and quite affected by his books, and the release of the movie The Manitou in 1978.  Even my hero’s name was Harry, just like Masterton’s hero in the novel.  Of course as an eleven year old I figured I could make my book even better because I was going to have several demons and way more gore.

You might think my parents would rush me to the nearest therapist after reading such a book from a young girl like myself.  Outwardly, I was pretty normal.  I was quiet, but I excelled in school.  The school system even had me skip the 6th grade altogether.  My parents were pretty normal, too.  They were musicians though and so were gone mostly in the evening and we stayed with grandparents or other relatives until I was 10 years old, at which time I became the babysitter and we all stayed home.  So, my evenings were spent watching as many monster movies as I could find.

My biggest influence was my father who collected comics and loved horror movies.  We watched Swamp Thing, The Blob, Dracula and the The Tingler, anything with a monster in it!  He did not allow me to watch slasher type movies and I never saw The Exorcist until I was an adult.  But, Godzilla? Mothra? Rodan? Oh yeah, baby! Count us in! 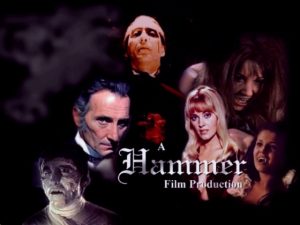 Right after writing my first novel, which I’ve held on to for 36 years now, I discovered another great author who would help me along my path to becoming an author.  Stephen King novels became an obsession.  He was the first author I ever wrote a fan letter to and that was back in the days when you actually wrote it, addressed it in care of the publisher and mailed it, in an envelope.  Remember those days?

By the time I was thirteen I’d read everything Stephen King has written and he became the first author I collected in hard back.  The Stand is still one of the greatest novels I’ve ever read and I’ve read it several times.  King wrote a non-fiction book called On Writing: A Memoir of the Craft and I devoured it just as I did his fiction.  I had known I was a writer since the second grade when Mrs. Shipman asked us to read our stories to the class and as I read mine I saw the interest in the faces of those listening and instead of ending it as I had on the page, I just kept going.  Thank you Mrs. Shipman for letting me do that.  I know you knew. 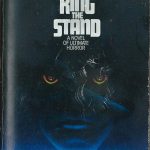 I finished my first full novel written as an adult in the late 1990’s and not surprisingly it was full of supernatural scariness.  The Circle of Seven was about a supernatural government, a lost sword, an immortal king and lots of romance.  Yes, I had also become addicted to romance novels in my youth.  I was fifteen or sixteen then and discovered Kathleen Woodiwiss and The Flame and the Flower.  I read anything that woman wrote.  Then I branched out and later on found Christine Feehan, Laurell K. Hamilton and many others who mixed genres.  Circle of Seven became a series and soon I also completed The Gemini Keys, The Vampire King and Dark World.  None of which have been published, but I promise I’m working on it!

What did get published was a scifi novel called Shadows Across the Moon and it had deadly cyborgs, bio-agent bombs and other horrors. Oh, and a romance.  Of course. 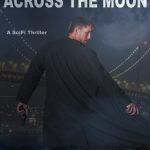 My newest series, which I have completed a short story for that will be out in May of 2014 and am over halfway finished with the first full novel in the series brings me back to my horror roots.  There are monsters, scary things, time travel and a bit of romance.  I’m calling it modern Gothic thriller since that seems to best describe it.  The short story is in an anthology called Time Out Of Darkness and my own story in that anthology is called Mary Shelley’s League of Supernatural Hunters.  It’s not as cheesy as a Hammer Film, but there’s a nod of acknowledgement in there somewhere. 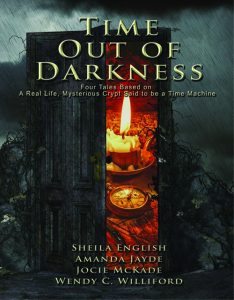 Whether my books are a success to any degree or not, I will continue to write.  I’ve been addicted to sharing stories for as long as I can remember.  If people read those stories and like them, that’s icing on the cake and I’m over the moon happy about it when it happens.  Mixing horror and romance isn’t appealing to everyone, but wouldn’t you be at least a little intrigued to know Bram Stoker was actually friends with Dracula and they were thrown in a time machine by a terrifying witch where they finally escaped into modern day New Orleans?  Just a little intrigued?