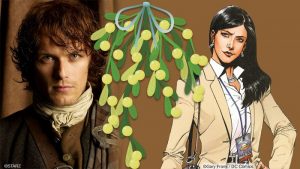 Pucker up, readers. Is there a literary character who sends you swooning? Perhaps one you wouldn’t mind sharing a kiss with? You’re not alone. We asked 12 romance authors to share the fictional belle or beau that they’d want to meet under the mistletoe. And though mistletoe can be infested with nargles (according to Luna Lovegood), we think a kiss from one of these heroes or heroines is worth the risk. 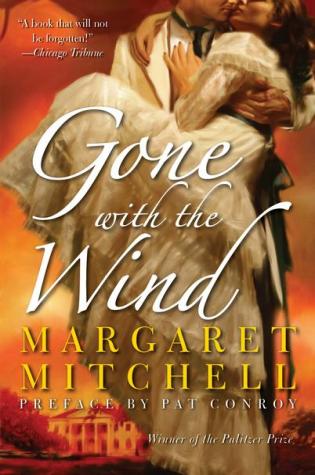 “It’s impossible to pick just one literary character I’d like to meet under the mistletoe, so I’ll simply state for the record that the first character ever to make my tender heart go pitter-patter was none other than the incomparable Rhett Butler. Margaret Mitchell sure knew how to write an anti-heroic hero, didn’t she? Rhett is a black sheep. He thumbs his nose at polite society and cracks wise when he should probably keep his delectable mouth shut. On the other hand, he’s always there when Scarlett needs him, and he says things like, ‘You should be kissed, and often, and by someone who knows how.’ Swoon.” —Julie Ann Walker, author of the Black Knights Inc. series 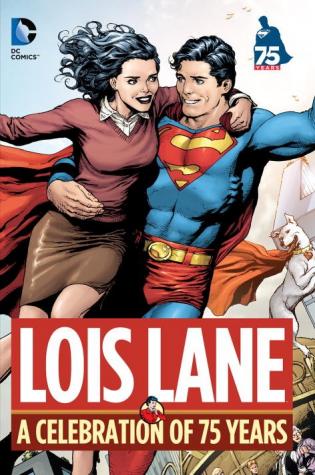 “The characters that I’m most fiercely drawn to are usually damaged or dangerous in some way, so that I hardly want to meet them, I just want to read about their journey, and watch them impact their world. If I was standing under the mistletoe, I’d want the person standing with me to be… not a dangerous, damaged favorite, but nevertheless a character I was attracted to, so that I could enjoy the kiss, and then let go. For me, that’s some version of comic book’s Lois Lane, who I’ve had a crush on in various incarnations. I like her strength, and the way that she defies gender stereotypes. She’s the one I’d like to meet under the mistletoe, so that I could mess up her lipstick, and for a moment feel like Superman.” —C.S. Pacat, author of the Captive Prince trilogy 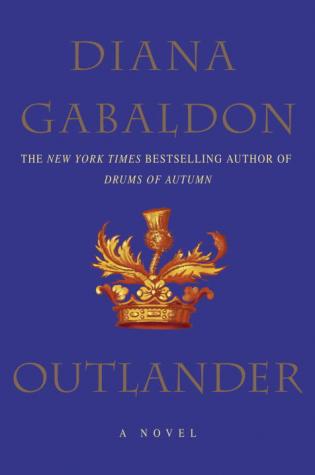 “Which character would I want to meet under the mistletoe? That’s nearly as difficult as telling you which of my children is my favorite. But let’s pretend that Roarke and Ranger (created by J.D. Robb and Janet Evanovich respectively) are taken this season, it would be most definitely be Jamie Fraser from Diana Gabaldon’s Outlander. In a few words, Jamie is a soldier, landowner, and a well-educated natural leader from Scotland who stole my heart from the minute he walked onto the page in Outlander. Strong spirited (that is to say stubborn as a mule), brave, mischievous, and loyal to a fault… he is also the sexiest virgin I’ve ever read. Not that he stayed a virgin long…” —Jill Shalvis, author of the Heartbeaker Bay series

“As a person who is constitutionally incapable of choosing just one of anything, I’ve gone with a ‘Kiss, Take Home, Slap’ theme. The kiss would go to Jamie Fraser from Diana Gabaldon’s Outlander. A man worth traveling through time for—or who is willing to brave the dangers of time travel for his lady love—must surely give good lip. I’d take home Superman—or let him carry me home—because he’s the total package: brawn, brains, and a sense of adventure. The slap goes to Heathcliff from Emily Brontë’s Wuthering Heights. Not only does he deserve it, but there’s a pretty good chance that it’s actually his thing.” —Adriana Anders, author of Under Her Skin 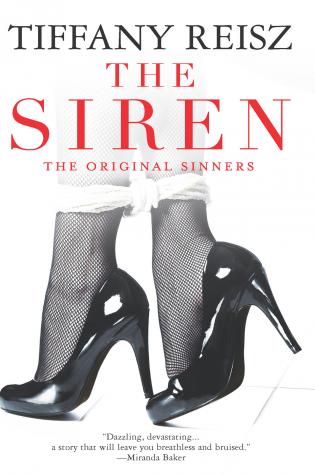 “Romance authors are romance readers first and foremost—which means not only do we read a lot of books, we have a lot of favorite heroes and heroines. This makes it hard to choose one person we’d like to meet under the mistletoe, but—for the sake of science and humankind—we’ll try. We realize that mistletoe doesn’t showcase the character who redeemed themselves so delightfully in the end so much as the rogue who isn’t afraid of being delightfully raunchy. Mistletoe lends itself well to the daring, the naughty, the spontaneous.

“Because we are, if nothing else, equal opportunity kissers, we are going to choose the hero and heroine who are least likely to worry we’re going to fall in love, but the most likely to impress us with their prowess under the mistletoe. We’d like to call to the doorway Garrett Graham from Elle Kennedy’s The Deal, and Nora Sutherlin from Tiffany Reisz’s Original Sinners series.” —Christina Lauren, author of the Beautiful Bastard series 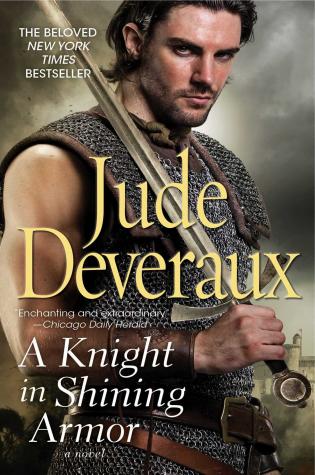 “Sir Nicholas Stafford from Jude Deveraux’s A Knight In Shining Armor is the fictional character I’d love to meet under the mistletoe. I’ve read this book again and again. It’s a love story worth cherishing, and a hero I’ve always adored. A time traveler, Sir Nicholas is a man who falls in love with the same woman twice. First, when he finds himself in the heroine’s time, which pulls him utterly out of his comfort zone. Yet despite all the strangeness of the world around him, he still manages to give his trust and his love to the heroine. Then he’s whisked away back to his own time and the heroine follows, only once he meets the heroine he doesn’t know her. Still, he falls in love with her again and it’s through him that the heroine’s journey and growth unfolds. He truly is a knight worth loving, and a man I’d happily meet under the mistletoe.” —Jaci Burton, author of Rules of Contact 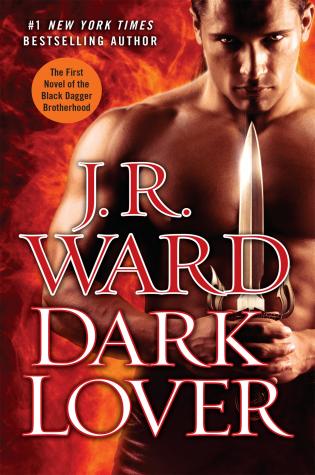 “Would it be wrong to have a menage under the mistletoe? I would need at least three of J.R. Ward’s Black Dagger Brotherhood to join me: Wrath because he made me fall in love with vampires and I adore how his blindness makes him vulnerable, but never weak. Rhage because he’s so danged gorgeous, yet has an emotional depth I find attractive. And Zsadist because he’s so damaged and yet has worked so hard to come out on the other side of all that pain. See why I can’t choose just one—they’re all amazing!” —Abbie Roads, author of the Fatal Dreams series 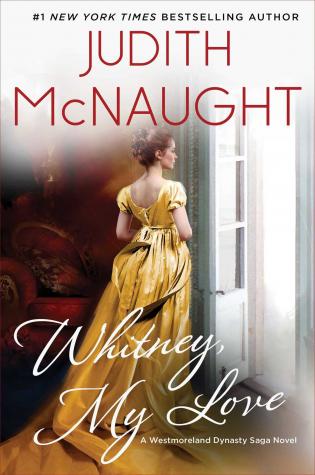 “One of my favorite romantic heroes of all time was introduced to me in Judith McNaught’s wildly popular classic, Whitney, My Love. It’s one of the few books I’ve read more than once. McNaught wrote Clayton Westmoreland, the Duke of Claymore, so vividly, that he was the base model I had in mind when I began to write my own heroes a few years later. For me, the hero must be larger than life to make the romantic fantasy work—courageous and dashing and willing to sacrifice all for those he loves… although I always hope it doesn’t come to that. I would definitely want to find someone as handsome and sexy as Clayton under my mistletoe, hopefully at a very lavish ball that he is hosting. Throw in a dash of riches and power, and the knowledge that this man has eyes only for the woman he loves, and I’d have myself some proper holiday cheer under those green and white berries.” —Julia London, author of Wild Wicked Scot 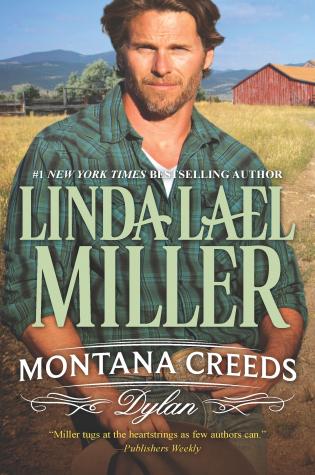 “The fictional character I’d most like to meet under the mistletoe is the hot cowboy, Dylan Creed, from Linda Lael Miller’s Montana Creeds. Not only is Dylan a champion bull rider and top notch poker player, but he’s also loaded with plenty of bad boy charm. However, he doesn’t let his bad boy ways stop him from being a great father to his toddler daughter. I’m sure that meeting Dylan under the mistletoe would lead to a holiday kiss to remember.” —Delores Fossen, author of Those Texas Nights 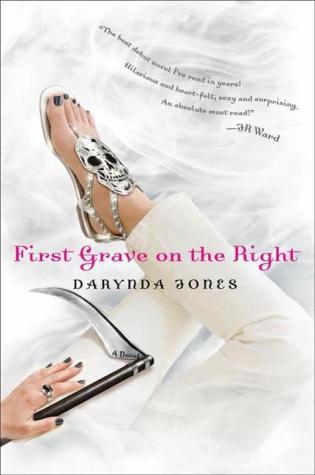 “If Reyes Alexander Farrow, the scorching son of Satan from Darynda Jones’ Charley Davidson series, happened to wander under the mistletoe this holiday season, I would knock over tables of eggnog and leap Santa’s elves in a single bound just to make sure I caught him for a kiss—or two! Tall, dark, and dripping sex appeal, Reyes offers sizzling otherworldly heat and single-minded devotion. He’s the quintessential bad-boy-turned-good-guy, but he’s still oh-so-bad in all the best ways. He’s literally from Hell, but he’ll take you to heaven with probably just one kiss. Yes, he’s that good.” —Amanda Bouchet, author of the Kingmaker Chronicles 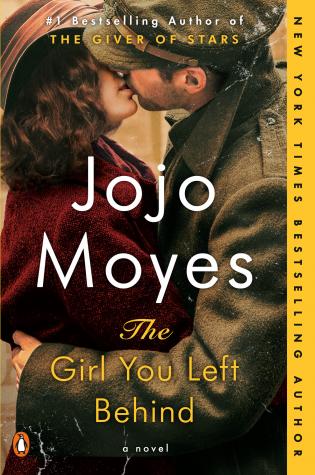 “I fell a little in love with Paul McCafferty from Jojo Moyes’ The Girl You Left Behind. There are at least two other men in this book who might be considered ‘hero’ material, but I couldn’t not stop thinking about the American FBI agent working to return a looted painting to its rightful owners. Unfortunately, doing his job meant taking the beloved painting from a young, grieving widow who would not let go of it as a cherished keepsake. Paul is smart, clever, gentle, and convicted, and he finds a way to bring justice without destroying the ‘girl’ in the art or the ‘girl’ who loves the painting. I tend to fall a little in love with all of Moyes’ male protagonists, but Paul is my favorite, and I would definitely meet him under the mistletoe.” —Charis Michaels, author of One for the Rogue

“It’s always hard to pick just one, whether it’s a favorite Christmas treat or a book character I’d want to meet under the mistletoe. When forced to decide, however, I’m going to have to say rum cake and Captain Miles Ramsay from Burning Bright by Melissa McShane. After all, Miles is respectful, clever, and forthright, destroying any possibility of a dramatic misunderstanding simply by telling the truth immediately. As if this list of admirable qualities isn’t enough, he literally walks through fire for the woman he loves. That has to be worth at least 50 bonus hero points right there. Nice work, Captain Ramsay. I’ll see you under the mistletoe (bring rum cake).” —Katie Ruggle, author of the Rocky Mountain Search & Rescue series.

Readers Entertainmenthttp://dayagency.com
Previous articleSusanna Craig Brings Back a Decorating Tradition and Shares Sneak Peek of To Tempt an Heiress
Next articleChildrens and Young Adult Hardback Books Up 95.2% in July 2016 vs. July 2015