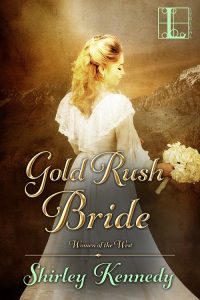 I love writing historical novels, even though I can hardly write a page without having to conduct some kind of research. What did my heroine wear? How did she travel? What books did she read? What music did she enjoy?

And always, What did she eat?

Eliminate the obvious: no Domino’s, Big Macs, Lean Cuisines. She didn’t bake a cake from a box or buy lettuce sealed in a package. In Wagon Train Sisters, my hero and heroine went on an overnight pack trip. So what food did they take? I googled “history of sandwiches” and found that sometime in the eighteenth century, John Montagu, 4th Earl of Sandwich, ordered his valet to bring him “meat tucked between two pieces of bread.” Soon others began to order “the same as Sandwich.” So safe to say that in 1852 Sarah and Jack could enjoy their chicken sandwiches on the trail.

How about a little potato salad? When I googled “the history of potato salad,” I discovered that in 1597 a man named John Gerrard wrote:  “The potatoes are sometimes boiled and sopped in wine, by others boiled with prunes. Others dress them (after roasting them in the ashes) in oil, vinegar and salt, every man according to his own taste.” I don’t know about the prunes, but obviously potato salads have been around for a long time.

In Gold Rush Bride, Letty, my heroine, had to travel across the Isthmus of Panama through sixty miles of jungle. Among other hardships, she had to eat baked monkey but luckily survived.

After writing several books about wagon trains, I’ve wondered why those stalwart pioneers didn’t all end up with scurvy and worse, considering their diet mainly consisted of beans, bacon, biscuits and hardtack. Slapjacks were a wagon train staple. Here’s a recipe from The Old Confederacy Receipt Book of 1863.

Take flour, little sugar and water, mix with or without a little yeast, the latter better if at hand, mix into paste and fry the same as fritters in clean fat.

I love the free-wheeling mindset of the above recipe. No bothering with measuring cups and spoons, just toss in whatever. Next time I get into an adventurous mood, I’ll give it a try.

Those stalwart pioneers occasionally found berries and wild fruits along the way. Considering bacon is all the rage these days, this recipe for fried apples could make a comeback.

Fry 4 slices of bacon in a Dutch oven. Remove bacon.
Peel and slice 6 to 8 apples.
Put apples in Dutch oven with bacon grease,
Cover and cook down the apples, but not to mush.
Serve topped with butter or cream and crumbled bacon.

Of course anything fried in bacon grease isn’t going to be low-fat, but those pioneers did a lot of walking, so what did they care? As for me, I tried this recipe and it’s delicious. I won’t make a habit of it, though, since I won’t be walking across the continent any time soon.

Letitia Tinsley’s well-ordered spinster life is thrown into chaos when she learns her beloved brother has mysteriously disappeared from his gold mining claim in California. Determined to discover the truth, Letty sets out on the treacherous journey west. But there’s only one thing more perilous than a single lady traveling alone into the rugged frontier—and that is sharing the passage with Garth Morgan. The wealthy bachelor is astoundingly arrogant—and dangerously handsome. Worse, Letty is forced to lean on his strong shoulders, again and again…

Humbled by the harrowing expedition, Garth resolves to keep Letty safe—though the courageous beauty is unwilling to give an inch when it comes to trusting him. Still, despite her defiant resistance, he’s ready to stand with her as she faces the truth about her missing sibling. And by the time they reach California, Garth is determined to stake his own claim on the lovely Miss Letty—if only she will let him…

You can purchase Gold Rush Bride at:
Kensington Books

Shirley Kennedy was born and raised in Fresno, California. In her early career as an author, Shirley wrote traditional Regency romances, one for Ballantine, the rest for Signet. Later on, she branched into other genres. She lives in Las Vegas, Nevada, with her older daughter, Dianne, and Brutus and Sparky, her two editorial assistants who love to nap in the sunshine next to her computer while she works on her next book.

Readers Entertainmenthttp://dayagency.com
Previous articleBook Lights with Debra Parmley Presents Kennedy Layne
Next articleSneak Peek of DEATH IN ADVERTISING by Laura Bradford and How we Are Sucked in by Advertising