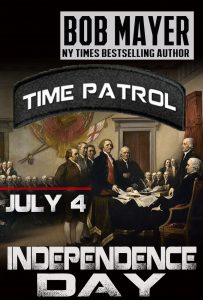 The distinction between the past, present and future is only a stubbornly persistent illusion.’ Einstein.

What does it take to change history and destroy our reality? The same date, 4 July, six different years.

The 4th of July, 1776 is one of the most important dates in American history and forces are at work in Philadelphia to sabotage the Declaration of Independence.

Exactly 50 years later, in 1826, two of the architects of that document and the country, Thomas Jefferson and John Adams, die within hours of each other. What secrets do they hold close on their deathbeds? And who else might know about them?

At Gettysburg, the Confederacy reaches its ‘high water mark’ with Pickett’s charge on the 3rd of July 1863. But on the 4th, both armies stare at each other on a rainy day, waiting for the other to make a move. What if the Union attacks?

In the same war, on the same day, in a victory that is over-shadowed by Gettysburg in terms of publicity, but of more value strategically, Grant takes Vicksburg on the 4th of July, 1863. But what if this great victory turns into the Union’s greatest shame?

On the 4th of July 1976, before there was a ‘War on Terror’, the Israelis launch a daring raid to free hostages at Entebbe. There is only one casualty in their force, the older brother of the current Prime Minister; what if that had turned out differently?

The 4th of July 362 B.C. is the Battle of Mantinea in Greece, in which Sparta is defeated by Thebes in a Pyrrhic victory, leading to a third party uniting Greece: Philip II, father of a man who would change history: Alexander The Great. But what if Sparta wins the battle?

The Time Patrol must send an agent back to each day, with just 24 hours for each to defeat the Shadow’s plan to disrupt our time-line, creating a time tsunami and wiping our present out. 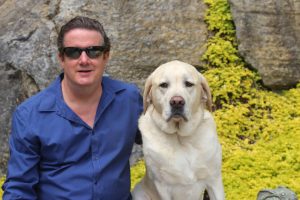 Bob Mayer is a NY Times Bestselling author of over 70 books, West Point graduate, former Green Beret and feeder of Cool Gus. Born in the Bronx, having travelled the world (not tourist spots), he lives peacefully with his wife (who collaborates with him).

For more about Bob visit: bobmayer.com

And for more about Debra visit: debraparmley.com

Readers Entertainmenthttp://dayagency.com
Previous articleAuthor Jannine Gallant Shares A Sneak Peek at WILDE THING and Why She Was Born to Ski
Next articleSNEAK PEEK: BELOVED BEAST by Karyn Gerrard and The Bethanal Green Tube Tragedy