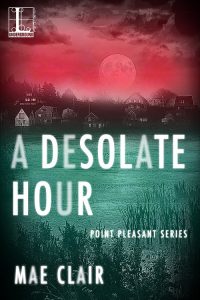 The word “cryptozoology” is one that often leaves people scratching their heads. Simply put it’s a pseudo-science devoted to the study of creatures that may exist, but haven’t been proven to exist. Most commonly, Bigfoot and the Lochness Monster spring to mind. I love reading up on cryptozoology, urban legends and myth, so I thought I’d share my Top Ten:

Sins of the past could destroy all of their futures . . .

For generations, Quentin Marsh’s family has seen its share of tragedy, though he remains skeptical that their misfortunes are tied to a centuries-old curse. But to placate his pregnant sister, Quentin makes the pilgrimage to Point Pleasant, West Virginia, hoping to learn more about the brutal murder of a Shawnee chief in the 1700s. Did one of the Marsh ancestors have a hand in killing Chief Cornstalk—the man who cursed the town with his dying breath?

While historian Sarah Sherman doesn’t believe in curses either, she’s compelled to use her knowledge of Point Pleasant to uncover the long-buried truth. The river town has had its own share of catastrophes, many tied to the legendary Mothman, the winged creature said to haunt the woods. But Quentin’s arrival soon reveals that she may have more of a stake than she realized. It seems that she and Quentin possess eerily similar family heirlooms. And the deeper the two of them dig into the past, the more their search enrages the ancient mystical forces surrounding Point Pleasant. As chaos and destruction start to befall residents, can they beat the clock to break the curse before the Mothman takes his ultimate revenge? . . .

You can purchase A DESOLATE HOUR at:
Kensington Books 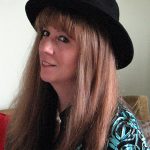 Mae Clair has been chasing myth, monsters and folklore through research and reading since she was a child. In 2013 and 2015, she journeyed to West Virginia to learn more about the legendary Mothman, a creature who factors into her Point Pleasant series of novels.

A member of the Mystery Writers of America and the International Thriller Writers, Mae pens tales of mystery and suspense with a touch of romance. Married to her high school sweetheart, she lives in Pennsylvania and numbers cats, history and exploring old graveyards among her passions.  Look for Mae on her website at MaeClair.net