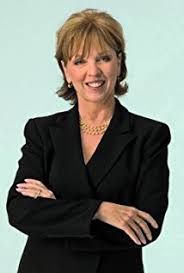 “The New Yorker has called Nora Roberts ‘America’s most popular novelist,’ and we are thrilled to have her on our list,” said Mary Beth Roche, president and publisher of Macmillan Audio. “With our close relationship with St. Martin’s Press, we bring an exciting synergy, aligning the brand messaging across hardcover, paperback, e-book, and audiobook editions. Nora Roberts is a publishing icon, and we look forward to building on her enormous fan base of listeners.”

Roberts is the international bestselling author of more than 200 novels, including the “In Death” series, written under the pseudonym J. D. Robb, and has more than 500 million copies of her novels in print today. Roberts was named one of Time magazine’s 100 Most Influential People.

Macmillan Audio records the best fiction and nonfiction available for both adults and children from Macmillan’s publishers. Macmillan Audio productions have received eight Grammy nominations and numerous Earphones Awards and Audie Awards, including Audiobook of the Year.

Readers Entertainmenthttp://dayagency.com
Previous articleHOW DO WE CHANGE THE STATUS QUO? BY RAYE MITCHELL
Next articleSNEAK PEEK: Love or Land from Author Zoe Conner