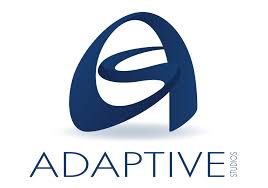 Building their business on ‘acquiring and reviving abandoned content’, Adaptive Studios has acquired western author Zane Grey’s entire literary book list which is over 133 novels, and includes many written by the authors son, and grandson. The American western genre is credited to Grey and over 100 movies have been made from his novels. Grey was one of the first millionaire authors who was nationally known.

T.J. Barrack, co-founder of Adaptive Studios plans to bring the works to a modern audience via re-publishing, and through film, television and digital media. The purchase also includes all rights to Zane Grey’s image, name and likeness.

In a statement Barrack said: “The estate has been dormant in recent years; there hasn’t been a coherent publishing program that capitalizes on the brand. We want to rebrand the estate and bring it to a new generation and to older fans. This acquisition will bring everything in the Grey estate under one roof,” Barrack said, bringing “new life to Grey’s personal legacy, and also revive his body of work.”

“It’s a very extensive library and the real power in the estate is having everything together. Zane Grey has a long history as a brand and we see a huge upside to bringing this work back.”