No Nobel Prize in Literature in 2018 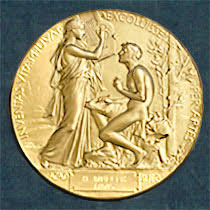 It has been announced that in light of an alleged sexual scandal involving a literary board member, the 2018 prize will be postponed. The Swedish Academy has decided the damaging details are just too great, and obviously fear repercussions from the #metoo movement.

Following a front-page scandal involving the academy’s artistic director assaulting women. Over eighteen women have come forward and also allege these assaults took place on academy properties, particularly The Club, the academy’s reading salon, to carry out these assault. It has also been noted that the director was leaking the list of winners prior to their announcement.

The Academy has said the Nobel Prize will return in 2019. The last time an American author won was 1993, and it was given to Toni Morrison.

You can read more details on the impending investigation by following this link.