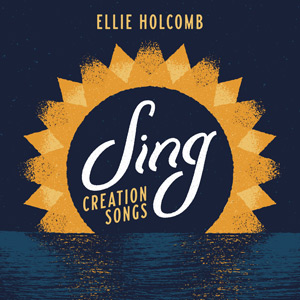 Renowned singer/songwriter Ellie Holcomb will release her first children’s book along with a children’s EP this fall. The book, “Who Sang the First Song?,” will release with B&H Publishing on October 4, 2018. Her EP, “Sing: Creation Songs,” which was inspired by her debut book, will be available everywhere on September 21, 2018 (Full Heart Music).

Who Sang the First Song? is an engaging board book with whimsical art, where Holcomb asks a childlike question and answers with a lovely lyrical tale that shows young readers that God our Maker sang the first song and created us all with a song to sing. Holcomb’s book idea was birthed out of a question her daughter Emmylou (5) asked one day in passing, “Mom, who sang the first song?”

“Emmylou’s question reminded me of some beautiful passages we have read in ‘Thoughts to Make Your Heart Sing’ by Sally Lloyd-Jones,” explains Holcomb. “In the first of many beautiful family devotionals in the book, Sally says this: ‘In the beginning, God sang everything into being—for the joy of it—and set the whole universe dancing (p.19).’ I’ve always loved that image she gives of God singing Creation into being, and it felt it was a clue to answering my daughter’s question, so I went on a treasure hunt of sorts looking for the answer.”

Her daughter’s question started Holcomb’s search for who sang the first song, which became a perfect foundation for her first book.

“Anyone who knows me knows that I love to sing,” Holcomb states. “So I got curious about who sang the first song. What did the world sound like as God created it? I loved these questions, so I set out to write a book that would explore not so much how God made the world, but why He created the world and each one of us. My sincere hope is that children, and the adults reading to them, would be reminded of who and whose we are . . . and that as we remember how God created us and loves us, our hearts and lives would sing for the joy of being loved!”

“Sing: Creation Songs” is a perfect companion piece to her book. Holcomb created a beautiful, Scripture rooted, children’s musical project that also fits perfectly along with her current musical catalog, true to her style and lyrics. She wanted to write songs that were directly inspired by both God’s word and His beautiful Creation. Each song is tied to specific Scripture, and is also full of rich imagery from the world around us. She wants kids to be able to sing these songs and see evidence all around them of what they are singing.

“I wrote most of the songs for this record during the spring, and I’m pretty sure I ended up moving outside each time I wrote,” she shares. “I was completely inspired by Creations’ song, whether it was the birds, or the stars, or the trees reaching high towards the heavens, or flowers blooming so colorfully that they looked ready for a party.” 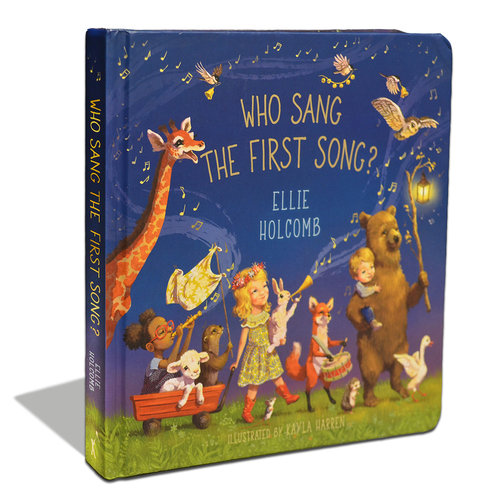 Holcomb is a mom to three children, Emmylou (5), Huck (3) and a newborn baby boy, Rivers. Her husband Drew Holcomb and their family reside in Nashville, Tenn.

Singer/Songwriter Ellie Holcomb, a Nashville native, began her musical career by touring the country with her husband in Drew Holcomb and The Neighbors. After eight years, and with the birth of their daughter, Ellie opted to step out of the role of heavy touring. From that space came her debut solo album, As Sure As the Sun, which charted at #1 on the iTunes Christian chart and helped deem Holcomb the “Best New Artist” at the 2014 Dove Awards. Since then, Holcomb has been walking an unexpected path, one of suffering and loss but also peace and joy. She has come to the edge of the rushing river of confusion and experienced a God who made a way where there seemed to be no way. And it is from that place—of finding God in the dark and unexpected—that Holcomb wrote and recorded Red Sea Road, released in January 2017.