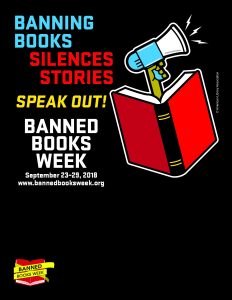 This is Banned Book Week and the ALA Office for Intellectual Freedom tracked 354 challenges to library, school and university materials in 2017. Of the 416 books challenged or banned in 2017, the Top 10 Most Challenged Books are: