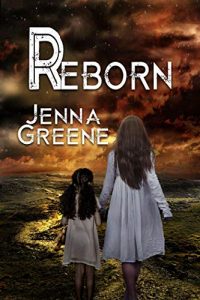 Influenced by the illness and subsequent death of her mother, young adult author Jenna Greene pens the first in a new series, Reborn. In this coming of age fantasy, Lexil discovers through the marks on her skin that she is a Reborn–someone who has lived before. Because of this, and the intricate mythology of her world, she is sold at auction and forced to become a slave, abruptly throwing her life and everything she’s known into a chaotic spiral. At a time when Lexil is already struggling with the adversities of being a teenager, still reeling from the loss of parents, the effects of being portrayed as different take their toll. Lexil is out to understand and discover even more about who she is, and who she will become.

Intermixed with a unique and complex mythology, drawing from her own life experiences, and her ability to write truly authentic characters, Mrs. Greene tugs at our hearts when Lexil must save a young child, form a new ally with a charming boy named Finn, but most importantly, fight to survive.

Jenna is known for her talent of creating characters the audience can relate to whether they are young adults or adults, and this time, Lexil is no different. Her compelling writing style continues to captivate readers, asking tough questions and revealing the answers all while creating tension, true emotions, and imaginative world-building.

With five published novels to date, including her outstanding Imagine series, Jenna has a passion for writing that shines. Recently, in a spotlight feature in Pandora’s Box Gazette, Jenna stated: “I don’t know how young I was when I identified as a writer. It was probably when I first started school and a teacher told my parents I had talent. Since then, I’ve always known writing was something I would pursue. There are stories in my head that I have the desire and ability to tell.”

About the Book:
The marks on Lexil’s skin state she is a Reborn – someone who has lived before. As such, she must toil in service to those who have only one chance at life. Sold at auction, she is fearful but accepting of her new life. Everything changes when she must save a young child from a fate worse than death. With the help of a new ally named Finn, she flees to the Wastelands. There she struggles to survive, while discovering more about herself, the world, and what it truly means to be Reborn.

With the help of a new ally named Finn, she flees to the Wastelands. There she struggles to survive, while discovering more about herself, the world, and what it truly means to be Reborn. 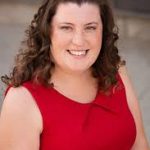 Jenna Greene is the author of the acclaimed Young Adult Fantasy series, Imagine! She is a middle school teacher, dragonboat coach, enthusiastic dancer, and semi-professional napper. She lives in Lethbridge, Alberta with her husband (Scott), daughter (Olivia), and dog (Thor, dog of thunder).