SNEAK PEEK: ONE MAN’S JOURNEY TO LOSE OVER 300 LBS AND TRANSFORM HIS LIFE 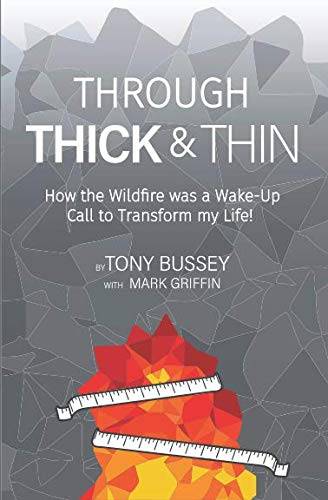 We’ve all been told, time and time again, you CAN lose weight without the help of pills, overpriced mixes, or purchased meal systems, but it’s still hard to believe that simple dietary changes, exercise, and a whole lot of determination IS enough. Throw in a natural disaster like the wildfires that burned through Fort McMurray in 2016, and you have the harrowing, life-changing story from Tony Bussey and his new release Through Thick and Thin: How the Wildfire was a Wake-Up Call to Transform my Life!

Tony, once a staggering 567 Lbs man, details the moment in which he realized enough was enough–needing two seats on both a bus and an airplane during the wildfire evacuation. His obesity forced another resident of Fort McMurray to wait. It’s that thought, not knowing how long their wait could have been, in the midst of one of the worst fires Alberta has ever seen, and that it could have made the difference between life and death for someone else, that gave Tony the wakeup call he needed, but more, take responsibility for his own actions.

Told with Tony’s charming personality, Through Thick and Thin: How the Wildfire was a Wake-Up Call to Transform my Life! goes beyond just an inspirational story, but is a heartwarming account of the struggles he went through before the fire and the changes he made immediately following his evacuation in order to change his life, and even those around him.

The wildfires caused irreparable damage, heartbreak, destroyed homes and businesses–forever changing one city, an entire province, and will be remembered throughout history, but Tony truly rose up from the ashes and hopes his story will inspire others.

In a recent interview, Tony stated, “If it’s just one person in the next 40 years can see this story and change their life, I’ll consider my life a success. That’s what it’s about to me.”

About the Book:
The destructive Fort McMurray wildfire of 2016 precipitated the largest evacuation in Canadian history. Tony Bussey tells the story of how the evacuation served as a wake-up call that challenged him to make immediate changes. Weighing 567 pounds he was so large that he needed two seats to be evacuated, potentially taking a seat from another resident fleeing the tragedy. That’s when he said, “Enough!” The skillful story-telling of this charming East-coast gentleman will inspire and challenge you. His heart-warming tale describes losing 337 pounds in a powerful journey to permanently change his lifestyle. 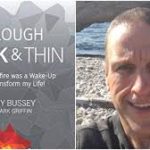 Tony Bussey is originally from Newfoundland, Canada and currently resides in Fort McMurray, Alberta. When wildfires ravaged his town in May of 2016 he and many others had no choice but to evacuate. In that state of emergency, because he was almost 600 pounds, Tony took up two seats on the airplane. A seat that should have gone to another resident during the crisis. At that moment, he made a life-changing decision, actually, a life-saving decision. Tony decided to take responsibility for the way he was living and make some changes, immediately. Tony lost 330 pounds in under 2 years by doing two simple things. He started walking and eating clean, healthy meals. He has a new lease on life, travels, enjoys spending time with his daughter, a vows never to go back to what he was.

Tony is available for interviews, media appearances, speaking engagements, and/or book review requests – please contact mickey.creativeedge@gmail.com by email or by phone at 403.464.6925.