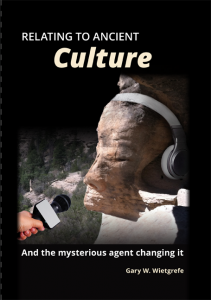 Wietgrefe’s new non-fiction book, “Culture and the Mysterious Agent Changing It”, is a twenty riddle mystery. Readers try to figure out the agent by the end of the book.

What can we expect in the twenty-first century? Culture and learning will parallel ancient ways. Wietgrefe exposes and explains the secrets causing societal change.

“Radical advances in transportation and communications during the twentieth century were historic anomalies,” explains Wietgrefe. “It is no secret modern digital technology allows adults to work and train their children at home just as it has throughout history. A capricious agent is trying to block progress.”

Change is for the better, says Wietgrefe. “Eighty-one years remain in the 21st century. Memory and learning systems will change radically from today’s standardized, yet antiquated, systems.”

Wietgrefe’s California producer and New York distributor has his books available worldwide as hardcover and e-books.