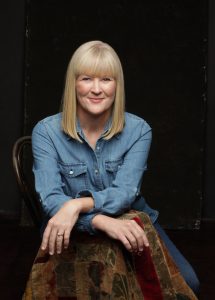 Welcome, Suzanne, tell us a bit about yourself. Where you’re from, where you live? Do you have one of those day-jobs?

Thanks for having me today! I live in northern California with my verrrrrryyyy big family, and two yellow labs who are breeders for Guide Dogs for the Blind, a non-profit in San Rafael, Ca. When I’m not writing or walking dogs with friends, I play tennis. Quite a lot.

Writing has been a lifelong love, though I truly don’t think it’s a natural talent for me, not like some. For me, it’s a craft I continue to hone. While I was raising my four children, I was a freelance writer for many magazines—that’s where I developed interview and research skills. After my children left for college, I couldn’t ignore a deep-down nudge to try my hand at writing a WWII novel. For four months, I wrote in my laundry room. And wrote. And wrote. I told no one. Not my husband, not my sister, not my kids. And when I finally finished the first draft (which was pretty awful), I announced my big achievement at a family dinner. My youngest son said, “So that’s why there’s no food in this house!” Sigh.

But that WWII love story started my journey into writing books. And 35 books later…I’m still writing in my laundry room.

Up early. Really, really early. Coffee. Bible study. Then I hit my laundry room. I don’t emerge until I reach my daily word count. 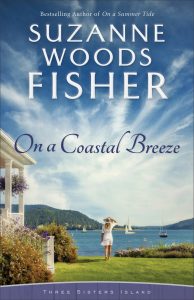 So excited about this book! On a Coastal Breeze is the second in the Three Sisters Island series, about the Grayson family who have moved to a bankrupt island off the coast of Maine…hoping for a fresh start.

No one is safe. All are grit for the oyster.

I wrote this story during an extremely difficult period in my life (my sister died, suddenly and unexpectedly). I wasn’t even sure the novel would be any good! And in fact, there were more revisions needed than any other novel I’d written. I kept feeling as if something was lacking…and then it dawned on me. I needed to take one scene to a much “sexier” level…which was not typical of me! I’m a grandmother, for goodness sake. But my editor agreed, and after the scene was re-written, she gave it her Good Housekeeping Seal of Approval. And would you believe, I think it might be my best book.

I like writing about remarkable women who are overlooked. Mary Coffin Starbuck from Nantucket, for example, who brought Quakerism to the island. She was a woman ahead of her times, likened to the Judge Deborah in the Old Testament. Respected by all, sought for her wisdom. Even in very Puritanical New England!

Yet there was little of Mary Coffin Starbuck’s personality left on paper—a trading accounts book, and a portion of a letter to a granddaughter. In the bowels of the Nantucket Historical Association, wearing white gloves, I poured through the four-hundred-year-old accounts book…and learned as much as I could about Mary. She was literate (her husband was not). She had beautiful handwriting. She had business with everyone on the island—sailors, fishermen, Native Americans. She was smart. She was shrewd. She was fair.

And from those gleanings, I created a 3-D woman. I hope I represented her well.

Easy. Mary Coffin Starbuck. She was a 17th century Rockstar! And she lived in one of my favorite places on earth—Nantucket Island.

On a Coastal Breeze releases on May 5th. Maddie Grayson takes center stage in this story. Life is finally coming together for Maddie. On the very day she opens her counseling practice, she spots a billowing skydiver. Parachuting in is Ricky O’ Shea—the one person on earth Maddie hoped she’d never see again. But Rick’s the new pastor for the island’s only church and he’s not about to leave. That’s when sparks start to fly.

I read and read and read. When I find an author whom I enjoy, I tend to read all of their books until I start to notice their signature style. That’s when I feel as if I know them.

As for specific influences, throughout my teen years, I read all the books written by Anne Morrow Lindbergh, Catherine Marshall, and Madeleine L’Engle.

Madeleine L’Engle. She’s such an outside the box thinker. She’s best known for A Wrinkle in Time, but her non-fiction writing is outstanding. So authentic.

I’d like to ask Catherine Marshall about how her very active and fulfilling prayer life affected her writing.

Well…tennis is my favorite hobby, and I play it competively. I’m pretty good. Not great, but pretty good.

Chips and guacamole. Must. Stay. Away.

If you weren’t able to write…what would you do?

Oh NO!!! I hate the thought of that. What a TERRIBLE question! But…if I had to give up writing…I’d open a bookstore/coffee house. At least I’d be around books.

Thanks for hosting me! Stay well!

Thank you so much for joining us today!!

About Suzanne:
Award winning author Suzanne Woods Fisher writes for readers who have learned to expect the unexpected. With more than one million copies of her books sold worldwide, she is the bestselling author of more than 30 works, ranging from novels to non-fiction books to children’s books. She lives in northern California.

Jocie McKadehttps://www.jociemckade.com/
Her fiction writing has received the Author / Ambassador at Library Journal Self-e Authors, Winner Queen of the West Reader Favorite Award, Amazon Bestseller - Historical, Double finalist in the Next Generation Indie Book Awards in the Mystery and Humorous Categories. Writing humorous cozy mysteries and romantic comedy, Jocie can find humor in most everything, even when she shouldn't. She lives in the Midwest on Dust Bunny Farm with her family.
Previous articleHolly’s Book Review: Judgment Road
Next articleHolly’s Book Review: Hope’s Highest Mountain (Hearts of Montana #1) 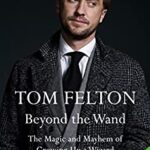 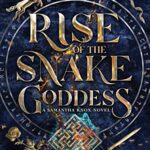 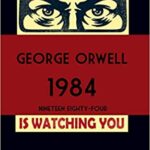 Jocie McKade - 28 May 2022 0
The  Belarusian weekly newspaper, Nasha Niva has reported that the sale of the classic dystopian novel "1984" from author George Orwell, has been banned in the...