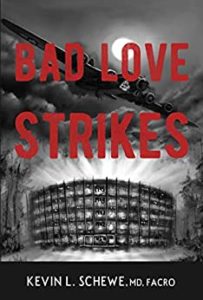 This is a fun time travel YA with historical elements, suspense, mystery, thriller and action. I’d say it’s age 12 to adult. I like a lot of young adult books, especially if they’re written in a way I don’t have to imagine myself as a teen. This is certainly written for adults to enjoy.

A young group of teen outcasts band together and call themselves the Bad Love Gang.  While out hiking they come across a cave where they find a long-abandoned government project that ends up being a time machine that never worked. But, guess what? Yep! It works now!

The youngsters determine they will go back in time to help save Jews and gypsies from the Holocaust. They meet Einstein and have to fly a bomber. They get into a lot of trouble that keeps you on the edge of your seat.

I enjoyed this book so much! YA time travel and underdog heroes. You’ll love it, too!

In October 1939, Albert Einstein warns President Franklin D. Roosevelt that Nazi Germany is actively pursuing an atomic bomb and urges him to make sure that the United States develops the bomb first. Roosevelt heeds the warning and launches the “Manhattan Project” in June 1942.
In October 1942, Roosevelt tells Einstein that prudence calls for the U.S. to have a back-up plan to the Manhattan Project in case Hitler gets the bomb first. Roosevelt commissions Einstein to secretly construct a usable time travel machine code named the “White Hole Project.”
In June 1974, an adventurous group of teenage friends, who call themselves the “Bad Love Gang,” discover a tunnel leading to the White Hole Project. They learn how to use the time machine and become the first known humans to travel back in time and return. Their mission is to save Jews and Gypsies from the Holocaust in November 1944 by using a U.S. Air Force B-17 bomber that was known as “The Phantom Fortress.” 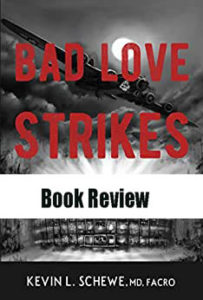 Why would I read Shaping Sound- A Practical Guide to Audio Effects by Alek Palmersmith? Because I own a production company and I know...
Read more