Christine Feehan’s Before the Dark Webisodes 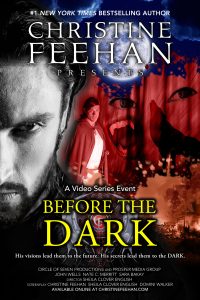 Before the Dark is the story about Vlad, the Prince of the Carpathian people. Father to the current prince, Mikhail.  It’s a prequel to the Carpathian series that Christine Feehan had produced as a gift to her readers. A low-budget, just for fun imagining of what happened that brought about the near-extinction of the Carpathian race. But, it addresses more than that. You learn about a conspiracy, a villain and meet or learn about characters that don’t get their own story in the series.

This is a web series, not novels. There are no novels that are prequels to Dark Prince. This isn’t a movie and it’s not a television series. It was put together in three days with mostly heart, passion and long hours of work by people who were dedicated to giving life to this story.

Here is the commercial for the web series. It was first shown at San Diego ComicCon.

Episode one – The Visions

Vladimir’s focus is shifted from a potential vampire in their area to visions he shares with a lycan seer. The immortal prince of Carpathians’ attention is split again when his son shows signs of madness and his wife asks for more time before sharing the information with anyone else.
ChristineFeehan.com

Vladimir is torn between his son’s growing violence, a vampire near his people and visions of a war with the Lycans.
ChristineFeehan.com

Note: In the series it’s known that Draven, Vlad’s son, went crazy and did horrible things. It was easy to just discount him as a villain because we never got to meet him. But, in Before the Dark, we see how troubled his parents are, just as any parents would be, over their child. It’s a sad and impossible situation.

Catalina knows the Carpathians may not trust a meeting so she asks Yana the human empath to be the liaison and mediator. Yana realizes Catalina is hiding something, but knows this meeting is important if the two races hope to avert a war.

Note: This web series came out several years ago when Feehan released a trilogy within the Carpathian series.  Dark Lycan, Dark Wolf and Dark Blood all tie into the web series, but you can watch the web series without having to read the books and you can read the books without having to watch the videos. But, put them together and it’s a whole next level experience.  Yana was never mentioned in the novels and remains a mystery to this day.

Catalina sends Hemming to see if the Carpathians are interested in meeting. Vladimir sees more visions of the future. Roman doesn’t trust the Lycan messenger but is forced by the Prince to deal with him.

Note: It should be noted that even though the lycans and Carpathians have this uneasy relationship there’s so much more going on with both sides. The wars that nearly take out the Carpathians are coming and Vlad knows that. So does his second in command, Roman, father to Gregori.

It was interesting when writing the script and adding Roman, who was not mentioned until the trilogy came out. In order to give the actor some idea of who he was, an entire backstory had to be made up. None of it would make it into any novels, but readers could assume that Roman was very much like his son.

Episode 5 – The Enemy of my Enemy

Roman and Vladimir question why Hemming was unharmed by the evil entity he came across while on his way to the Carpathian Mountains. Plans to meet are discussed and Roman and Hemming add tension to Vladimir’s already stressful life. ChristineFeehan.com
facebook.com/christinefeehanauthor

Note: You can really feel things start to pile up in a bad way here. Roman doesn’t trust anyone or anything. Vladimir is torn between the oncoming war, the unrest with the Lycans and his personal hell with his son.

Episode 6- Something Wicked This Way Comes

Catalina sees visions that could change her own future and that of her family. Roman comes with Hemming to check out the woman who would bid his Prince to leave the safety of the Carpathian mountains and finds that Catalina is hiding something not even he can figure out. Tensions rise and the gentle Hemming is left with no other choice but to stop the threat he just brought into his home.

Note: There were only three sets in the entire production due to time and budget restraints. Catalina and Hemming’s home was at the front of a large barn and  Vladimir and Sarantha’s private chambers were in the back. Later in the day the “war room” that we see in Episode 5 was created from the same room as Catalina and Hemming’s. The only other location was Yana’s which was in a large horse stall in the same barn.

What most people don’t know is that, during that same timeframe of filming, all three book trailers for the trilogy of books were also shot on the same property.

Episode 7 – Stuck in the Middle

Roman continues to test Catalina and Hemming and Catalina becomes nervous that her secret will be found out soon. Roman admits to knowing Yana and says he will see her before recommending a meeting with the Prince.

Note: This prequel of the history of the Carpathians and the lycans was obviously doomed. You knew that if you read the series of books. When Dark Prince opens up Mikhail is despondent wondering how he could possibly save his people.  The sins of the father have come to haunt Mikhail and this web series shows you those sins. You know they’re coming but you can’t help but wish the outcome could be different.

These episodes were released once a week so the intro was left for each episode. It made it easier for the actors to claim their parts on IMDB for credit. Though the series was low budget, it still holds a high score on IMDB even today.

Roman arrives at the home of Yana, a woman he’s known all her life. The reunion brings up memories of the past and regrets of the present.

Note: Yana was going to be a wild card in this series. She’s the only human. But, she has a gift. One that both sides respect. So, you realize there’s something special about her. She’s key to so much and you almost think there could be hope.

Episode – No Time to Waste

Roman returns to find Draven’s escalated in his violent behavior. He tries to draw Vladimir into discussing it, but when Vladimir determines the focus should be on the human wars tension between the friends grows. Roman shares Yana’s warning about Xavier. Vladimir is being pulled in too many directions. He asks Roman to send Draven with the Molinov brothers to find the vampire they suspect is hiding in the war carnage. Yana goes to Catalina to suggest they put off the meeting. She shares that she feels someone out in the woods and thinks there could be danger for them all.

Note: Things start going downhill fast. Readers of these series would know the importance of Draven going with the Molinov brothers. You can almost see the pieces click together that set the Carpathians on a doomed path.

Episode 10 – The Reality of Dreams

Yana visits Vladimir in his dreams where she finds his mind confused and in chaos. His nightmares start to merge with his visions and she tries to warn him of possible danger. But the Prince sees something in Yana no one has noticed before, but his worry that she will sense something he does not want her to know keeps him at arm’s length, a decision that will cost them both dearly.

Note: Oh, the plot thickens so much in this episode. Not just the intrigue and suspense of what’s happening between the lycans and Carpathians, but this is the first hint that Yana might be lifemate to someone. Someone important. I don’t want to give away any spoilers, but watch it and see if you can figure it out.

Episode 11 – Too Close to Home

Catalina’s newest vision reveals to her a secret she knows she can never share. With her mate and their child’s life on the line, she must make a sacrifice that will change the destiny of all forever.

Note: This is a turning point in the story. All good intentions go wrong in deadly ways.  This was a sad episode. There was just no escaping fate.

A mysterious visitor comes to see Yana and when Vladimir and Roman arrive the are left to determine what path to take next. Each side will lose someone dear. And darkness descends, driven by an evil power.

Note: This is not a happy ending. Luckily, Christine writes happy ending in her books, but this could only end one way.  As a side note, this episode was created from footage that had to be cut in later. The main actor, John Wells, had to leave before the final scene was done. So, we tried to piece it together from who was left, but it just didn’t work. John later returned and we shot his scene separately which is why you don’t see all three men in the same scene.  The audio, which had been the curse of the entire production got particularly bad in this episode making it nearly impossible to hear everything clearly. Later, when the web series was picked up by a ROKU channel the sound was remastered, but it was never the quality we had hoped for.

Episode 13 – A Fate Sealed in Blood

Yana’s fate is sealed when it is revealed that she has a special connection to the Carpathians she could have never imagined. A connection that will cost her everything. The war has begun and Roman hopes to live long enough to share his suspicions with Mikhail, but fate may have another path for the Carpathian race.

Note: This was an alternate ending that was never in the original script. It was a bonus, but also, because the sound had been so bad in the previous episode we wanted to tie up loose ends in a clear fashion.  This episode leaves no doubt to the mystery of Yana and her importance.  Who’d have thought that a human could be the lifemate of a Carpathian? Oh, yeah, Christine Feehan. LOL

Now you’ve watched the web series. The only difference is that you were able to watch them in a day. When they came out they were seen one at a time and only once a week or every few days.

Keep in mind that this was created many years ago and as a serial story prequel that was meant as a fun gift for the readers. It’s not an actual movie or television show.

LISTEN HERE!! Photographer, author, and digital imaging consultant, Andrew Darlow has lectured and conducted seminars and workshops around the world at photo-related conferences, and for photography organizations. His...
Read more 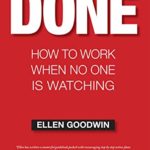 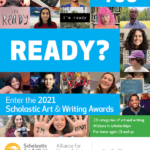 Jocie McKade - 13 September 2020 0
The Alliance for Young Artists & Writers Invites Creative Teens to Submit Original Works and Join the Ranks of Awards Alumni Including Tschabalala Self,... 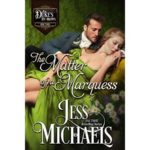 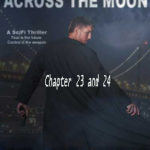 Shadows Across the Moon Serial Novel Chapter 23 and 24

Sheila English - 12 September 2020 0
Shadows Across the Moon is a sci-fi romance serial novel with chapters being released daily. If you missed the previous chapters, you can read... 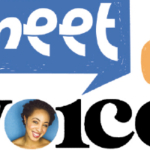 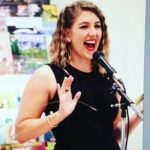 Jocie McKade - 15 September 2020 0
Special Feature DIRTY LITTLE SECRETS WITH MIRANDA OH My dirty little secret is writing about true events that have transpired in my life, and then turn... 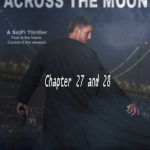 Sheila English - 14 September 2020 2
Shadows Across the Moon is a sci-fi romance serial novel with chapters being released daily. If you missed the previous chapters, you can read... 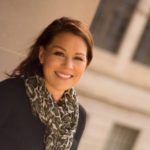 Jocie McKade - 14 September 2020 0
Special Feature School of Hard Knocks Writing with author Kelly Brakenhoff Have you ever hiked up a mountain? I live within a day’s drive of the Colorado...