Search
Home Blog BEHIND THE WORDS: WITH YA HORROR AUTHOR LIZ BUTCHER 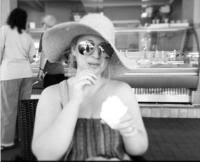 Welcome Liz, we’re excited to have you on Reader’s Entertainment. First, tell our readers a bit about yourself.

I’m Liz Butcher, and aside from writing, I love spending time with my husband and our sassy-pants daughter, and of an evening I knit like a nanna and binge watch Netflix.

Where you’re from, where you live?

I live in Brisbane, Australia, though I’ve lived all over the country.

For the moment I’m blessed to say it is. I’m presently on a six-month career break from my day job to focus solely on my writing and I’m loving every second of it!

Off and on for most of my life. I loved writing ‘books’ in primary school though as I progressed through high school I suppose I was too busy with homework! Then through uni, I was so busy writing assignments and things that it wasn’t until after all of that, that I felt the pull back to creative writing.

Well, at the moment, I see my husband and daughter off for the day, and then depending on my schedule, I alternate between ghost-writing projects and my own projects. I love the mix and my days are never boring.

So my latest release is a YA horror called LeRoux Manor, set in a fictional town in the UK called Woodville. I’ve long found old estates fascinating, especially since we don’t have anything that old here in Australia. I’d always wanted to feature one in a story but I also didn’t want to follow the same kind of path as a lot of my personal favourite horrors of this setting – like The Woman in Black, The Haunting of Bly Manor etc. So I’ve hope that I’ve come up with something that might look similar on the outside, but is very different within.

Lachlan’s Uncle was unable to physically see his attacker, as he wasn’t of the blood line…

Mena, one hundred percent! She’s such a complex character but I think also because I had to write her both as a child of five and then as an old woman, it was quite challenging – but I can’t say too much without giving anything away!

I think I’d have to be Camille, just to see a place like LeRoux Manor for myself, to rummage through all the old belongings in the attack and listen to the trees whispering the secrets of the past. It would be heaven!

So many! Naturally, Stephen King is a massive influence and has been since I was a child and started reading his work at the tender age of ten. Anne Rice is another influence – the way she weaves words to show a location, or a building etc, I just love.

This is cool! Name bands you wish could have seen live in their original line up:

Thank you so much for joining us today, Liz! 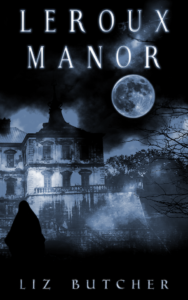 Readers, here’s a look at Liz’s latest release…LEROUX MANOR
Camille’s father just inherited the family manor from his estranged uncle, forcing her to leave her friends and city life just before her senior year of high school for the small town of Woodville, England. After seeing a strange old woman lurking on the estate grounds, she embarks on a mission to uncover the history of her new home. What she finds is wilder than she could have imagined—the murder of her ancestor, Caleb LeRoux, on the same day his six-year-old daughter vanished without a trace. And an unforeseen connection to Camille herself, as the only female LeRoux born to the family in over two hundred years. With the help of her new school friends, Camille delves into the secrets of the manor, uncovering an all-encompassing truth that will change the entire course of her life—past, present, and future.

Liz Butcher resides in Australia, with her husband, daughter, and their two cats. She’s a self-confessed nerd with a BA in psychology and an insatiable fascination for learning.