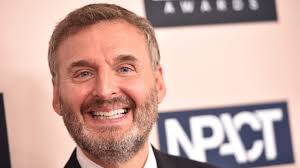 Simon & Schuster announced that it will publish “SOMEBODY FEED PHIL: The People, Stories, and Recipes” by Phil Rosenthal, a companion cookbook to his hit Netflix show “Somebody Feed Phil.” Rosenthal is a James Beard award-winning TV host, as well as the creator, writer, and executive producer of the beloved TV series “Everybody Loves Raymond.”

“Somebody Feed Phil” is currently in its fourth season on Netflix and is one of the streaming platform’s top 10 unscripted shows. The show has enjoyed 24 million viewers in 190 countries, and has become must-see TV for foodies, restaurateurs, travelers, and armchair enthusiasts all over the world. As both a cookbook and a keepsake for fans of the show, this volume will revisit the places and people fans loved, and will include recipes to make from home.

“As soon as I saw ‘Somebody Feed Phil’ on Netflix, I knew I had to publish the tie-in cookbook,” said Justin Schwartz, vice president and executive editor at Simon & Schuster.  “Whether he’s dining in a four-star restaurant with a world-class chef or eating live octopus in a fish market, Phil Rosenthal makes you want to be there with him, laughing together all the way through the meal. He’s like the adventurous foodie uncle I never had, but really wish I did. The book will tell never-heard-before stories and include behind-the-scenes photos, not to mention feature recipes for all the most delicious dishes, making it a must-have companion for fans.”

“The fans have demanded this book and I can’t take the yelling,” adds Rosenthal. “It will be the next best thing to me putting you in a suitcase and taking you with me.”