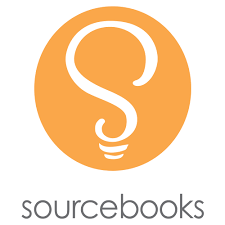 Sourcebooks, the largest woman-owned book publisher in North America, welcomes iconic author E L James to its list as part of an innovative new imprint. The deal encompasses James’s entire backlist, including the global phenomenon Fifty Shades Trilogy (more than 150 million copies sold worldwide and recognized as America’s #1, 2 & 3 top-selling books for the past decade). Her books will be distributed by Sourcebooks beginning at midnight on March 31, 2021.

“I’m thrilled to be joining the Sourcebooks family,” said James. “It feels like I’m coming home – returning to my indie roots, and working with an innovative, dynamic and hugely successful publisher who’s always up for new ventures. It’s an honour to be part of an imprint dedicated to amplifying creative women’s voices.”

The new imprint will be focused on entrepreneurial women authors who want to benefit from all that a top publisher has to offer, including powerful retail relationships and deep distribution channels. This new, unconventional approach allows established entrepreneurial authors to take greater control in the creation, development and marketing of their books.

“I’m so thrilled to be working with Erika! And it is amazing that she and all of her backlist will be joining Sourcebooks. We share a belief in women taking and keeping control of their own narrative. It’s so exciting to be embarking on this journey, disrupting the industry by empowering women authors who have long deserved this opportunity,” said Dominique Raccah, Sourcebooks Publisher and CEO.

Sourcebooks has also tapped one of the industry’s most influential brand experts, Pamela Jaffee, to head publicity and marketing for the imprint. Jaffee has previously worked with some of the biggest names in romance, women’s fiction, and genre, including Ilona Andrews, Meg Cabot, Alyssa Cole, S.A. Chakraborty, Sonali Dev, Beverly Jenkins, Selena Montgomery, Julia Quinn and Susan Elizabeth Phillips.

“Readers are the unacknowledged powerhouse within the industry, integral to author success,” said Jaffee. “We want to give them the respect they’re due and affirm our commitment to keeping them at the heart of the story. To this end, we are thrilled to share that we will be working with consumers and influencers to envision a fitting imprint name — in short, we are inviting readers and influencers to take a decisive role in the creation of this new imprint.”

E L James is an incurable romantic and a self-confessed fangirl. After twenty-five years of working in television, she decided to pursue a childhood dream and write stories that readers could take to their hearts. The result was the controversial and sensuous romance Fifty Shades of Grey and its two sequels, Fifty Shades Darker and Fifty Shades Freed. In 2015, she published the #1 bestseller Grey, the story of Fifty Shades of Grey from the perspective of Christian Grey, and in 2017, the chart-topping Darker, the second part of the Fifty Shades story from Christian’s point of view. Her books have been published in fifty languages and have sold more than 165 million copies worldwide.

E L James has been recognized as one of Time magazine’s “Most Influential People in the World” and Publishers Weekly’s “Person of the Year.” Fifty Shades of Grey stayed on The New York Times Best Seller List for 133 consecutive weeks. Fifty Shades Freed won the Goodreads Choice Award (2012), and Fifty Shades of Grey was selected as one of the 100 Great Reads, as voted by readers, in PBS’s The Great American Read (2018). Darker was long-listed for the 2019 International DUBLIN Literary Award.

She was a producer on each of the three Fifty Shades movies, which made more than a billion dollars at the box office. The third installment, Fifty Shades Freed, won the People’s Choice Award for Drama in 2018. E L James is represented by her long-standing agent Valerie Hoskins of VHA London.

E L James is blessed with two wonderful sons and lives with her husband, the novelist and screenwriter Niall Leonard, and their West Highland terriers in the leafy suburbs of West London.