For years, I lived as a Noticer among those who didn’t. Details are high on my list of core values, but weren’t even clinging to the bottom of my husband’s list or my teen and toddler (at the time) sons. With my Noticer daughter away at college, I directed my detail attentions to writing projects. Trying to start a dinner table conversation about what I’d observed that day was otherwise met with, “That’s nice, Mom” or “Uh huh.” How could they not care about what had so captured my attention? 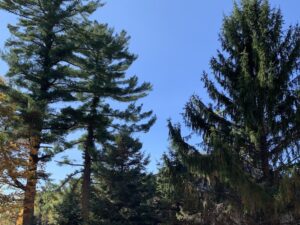 Like a moment ago. A pine branch I can see through my office window is sporting a nub of gold—a broken stub of a branch that lost its fight with last night’s wind. The small spot of yellow branch-flesh stands out against the rain-darkened trunk and the deep green needles. Small thing. But I noticed, and my internal reaction was, “Fresh wound.”

The tree had lost something, and it showed. Happens all the time, especially with hundred-year-old pines. What I saw out my window, though, reminded me that people around me often carry fresh wounds from what the winds of adversity have done to them. He spoke more harshly than needed? Must have a fresh wound. Her posture is slightly bent forward? Maybe a fresh emotional wound. 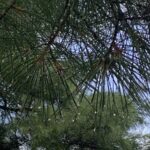 the bulging folder of life lessons.

A teardrop of rain holds onto the tip of a pine needle as if it doesn’t want to let go. It eventually does, making room for more tears. Noted.

A toddler’s freedom instinct sends them racing for the end of the driveway despite a parent’s fast-approaching footsteps and “No, no, no, no!” Noted. 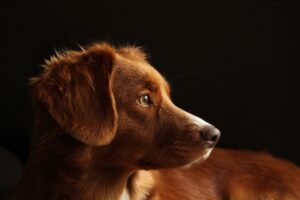 I’m fascinated that a service animal can notice a slight alteration in his person’s respirations, pulse, or breath smells and know to draw near and sound an alert to stave off a diabetic coma, heart attack, nightmare…

Somehow, the noticing gene found its way to all of my six grandchildren. Even from a very young age, they’ve paid attention to new growth sprouting in the garden, a pillow I moved from one chair to another, a brass handle now polished, word choices, a book out of place, where Grammie has scattered candles around the house. The other day, my 15-month-old granddaughter toddled into the family room and patted the spot on the leather couch where I usually sit when we play with her toys. She knew. She noticed. It was her way of expressing “This is where I know I can find you, and I like it.”

I can expect to be handed a tissue by a grandchild when a tender scene comes on the television, or my voice catches over an exceptional kindness observed. It feeds my hope that whatever comes their way, they will thrive relationally because they are alert to what’s going on in the people around them. 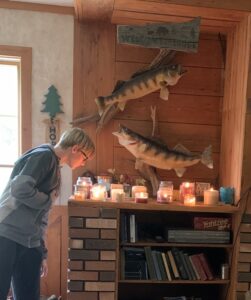 As a writer, whatever observational tendencies I was born with ramped up so I could tell stories. It’s more than reading the wind or pre-storm leaves or the width of the black stripes on a caterpillar in autumn. I had to learn how to notice the alteration in a character’s pulse or the way a single tear clung a little too long. I care about the way a detail like dried grasses versus parched grasses resonates in a reader. Paying attention to details like barely detectible body language or what lies unsaid between the lines of dialogue is what makes a story more than ink-on-paper.

Readers may not know this, but authors often notice things about their own storytelling when they go back through for a first or second or third round of edits. We pick up on nuances we didn’t realize we’d written into the narrative. A thread we didn’t realize had woven its way throughout the story while we weren’t looking. A motive we didn’t think about until the character we assumed we created expressed it on the page. A connection between our own fresh wounds and the characters’.

The author holds her breath until the story reaches readers’ hands. Will they notice that the single feather reappears in the final scene? The symbolism of dust? The poignancy of a Hamilton-like forgiveness scene? Will the reader note that the tea meant something more than a beverage? Or why the main character refused to drink water?

Yes. Yes, a reader will note details like that. Readers are Noticers. They’ll point out details even the author missed.

And the author couldn’t be more grateful.

Here’s a look at Cynthia’s latest release:::: FACING THE DAWN 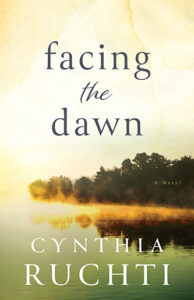 While her humanitarian husband Liam has been digging wells in Africa, Mara Jacobs has been struggling. She knows she’s supposed to feel a warm glow that her husband is nine time zones away, caring for widows and orphans. But the reality is that she is exhausted, working a demanding yet unrewarding job, trying to manage their three detention-prone kids, failing at her to-repair list, and fading like a garment left too long in the sun.

ABOUT THE AUTHOR:
Cynthia Ruchti tells stories hemmed in Hope through her novels, novellas, devotions, and nonfiction, and through speaking for women’s events/retreats and writers’ conferences/workshops. She draws from 33 years of experience writing and producing the 15-minute daily radio broadcast, “The Heartbeat of the Home.” Her books have received recognition from RT Reviewers’ Choice Book of the Year, PW Starred Reviews, Selah Awards, Christian Retailing’s BEST Awards, Golden Scroll Awards and Novel of the Year, The Carol Award, two Christy finalists, and more. She serves as Professional Relations Liaison for American Christian Fiction Writers, is a founding board member of the Deliver Hope ministry, and is part of the worship team at her church. She’s also a literary agent with Books & Such Literary Management. She and her husband live in the heart of Wisconsin, not far from their three children and six grandchildren.