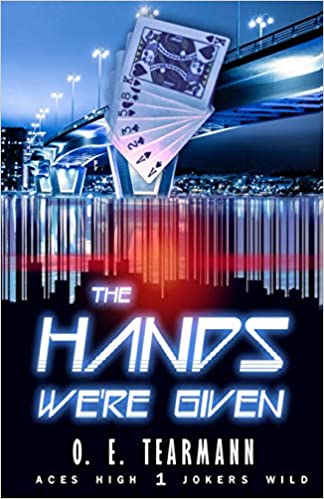 Life’s a bitch. She deals off the bottom of the deck. But you play the hands you’re given.

Aidan Headly never wanted to be the man giving orders. That’s fine with the Democratic State Force base he’s been assigned to command: they don’t like to take orders. Nicknamed the Wildcards, they used to be the most effective base against the seven Corporations owning the former United States in a war that has lasted over half a century. Now the Wildcards are known for creative insubordination, chaos, and commanders begging to be reassigned. Aidan is their last chance. If he can pull off his assignment as Commander and yank his ragtag crew of dreamers and fighters together, maybe they can get back to doing what they came to do: fighting for a country worth living in.

PRAISE FOR THE HANDS WERE GIVEN:

“This is a lovely paean to the healing power of respectful personal connections among comrades, friends, and lovers.” – BookLife 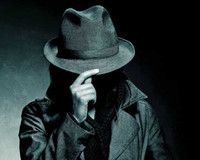 O.E. Tearmann is the author of the Aces High, Jokers Wild series. Their books include strong themes of diversity and found family, providing a surprisingly hopeful take on a dystopian future. Bringing their own experiences as a marginalized author together with flawed but genuine characters, Tearmann’s work has been described as “Firefly for the dystopian genre.” Publisher’s Weekly called it “a lovely paean to the healing power of respectful personal connections among comrades, friends, and lovers.”

Tearmann lives in Colorado with two cats, their partner, and the belief that individuals can make humanity better through small actions. They are a member of Rocky Mountain Fiction Writers and the Queer Scifi group. In their spare time, they teach workshops about writing GLTBQ characters, speak and plant gardens to encourage sustainable agricultural practices, and play too many video games.