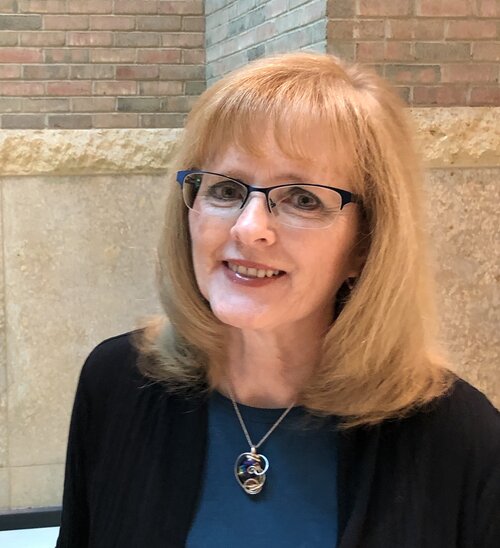 BEHIND THE WORDS welcomes Jill Eileen Smith. We’re excited to have you on Reader’s Entertainment. First, tell our readers a bit about yourself. Where you’re from, where you live? Is writing your full-time job?

I grew up in southeastern Michigan and have lived here all of my life. My husband and I raised three boys in our current house, which we are hoping to sell soon. It’s time to downsize since we are empty nesters.

While my husband is a retired engineer, I am a full-time writer. That doesn’t mean that I write eight hours a day, because I couldn’t physically handle that. But I am under contract for three more books, with two new releases, so other than cooking and cleaning and everything else we all do, I write.

How long have you been writing?
Hmm…that is a two-part answer. I began writing for myself in my teen years. I wrote poetry and later a couple of songs, but I wasn’t expecting anything to come of those in a public way. I just loved writing.

Later, after co-teaching a Bible study on King David, I wanted to read a novel on his life. I couldn’t find what I was searching for, so I began to write the book I wanted to read. Long story short, I spent twenty years learning to write a publishable novel and finally, in 2007 my agent, Wendy Lawton, sold The Wives of King David series to Revell Books, a division of Baker Publishing Group.

Since then, I have sold twenty books. Four of them were short novellas, while sixteen are full-length biblical novels. I have three more novels under contract. So if you add it all together, I’ve been writing for publication or toward publication for 33 years. I’ve been writing even longer for myself.

My writing life changed some during 2020. Before that, I would set a schedule for myself. I began by writing one book a year, so I studied the subject for about two-three months, then set a goal to have a first draft done by June. I did the math on how many words that would mean per day and stuck to that goal.

When the first draft was complete, I would send the book to my critique partner and do other things (like de-clutter—my least favorite thing) while she read it. I took any of her suggestions and began the second of at least four to five rewrites. One of those rewrites always includes reading the book aloud to myself. There are things you catch when you read aloud that you don’t catch in silent reading.

During 2020, I had two releases and one book to research and write, but the year has made writing harder than normal. So instead of going it alone, I’m working with a writing partner. We meet online most days, chat a bit, then set a timer and write during that time. It’s helped me to keep going when I am so often interrupted. First drafts are the hardest. It helps to work with a friend. My latest release is Miriam’s Song.

In her eventful lifetime, Miriam was many things to many people: protective older sister, song leader, prophetess, leper. But between the highs and the lows, she was a girl who dreamed of freedom, a woman who longed for love, a leader who made mistakes, and a friend who valued connection.

Follow Miriam’s dusty journey from childhood to motherhood, obscurity to notoriety, and yearning to fulfillment as she learns that what God promises he provides—in his own perfect timing.

This book was a joint decision between Revell and me. They liked Miriam and I agreed to try to write her story. It wasn’t easy to write, but I’m happy with what I learned in the process.

Rebekah and Deborah. (Miriam came in third.) Rebekah was hard to write because so little is known about her. Isaac’s story is much smaller than Abraham’s or Jacob’s in Genesis. I didn’t think there was a story there to tell. I prayed over every scene with the constant question to myself of why I ever thought I could write this book! But by the time I reached the end, God had shown me that there was a story and I will admit, I was relieved.

Deborah isn’t given much page time in Scripture either, but her story was difficult because I had a personal mental block where her character was concerned. A friend read the book for me (after I had pulled it back from my editor to fix it) and for three hours we talked it out. We figured out the problem and while my husband made Christmas cookies, I rewrote those places that finally made the book make sense.

Miriam has even less known of her. This is actually true of many women in Scripture. So, I had to understand her brothers Moses and Aaron in order to give her a story.

I think every book they read influences a writer. At first we tend to copy those that seem like our style, but after a while, we discard bits and pieces from all of them and end up with a voice of our own. But that takes time. When I began, Francine Rivers inspired and intimidated me. I thought I could never write like she did.

Then I read Jerry Jenkins and he made it seem easier than it is, but I thought, “maybe I can do this!” So I began with Jerry’s style and came to see Francine’s style as just as doable once I got used to truly showing a character, scene after scene. Both authors are wonderful at their craft. My voice resembles neither of them. But they both inspired me along the way.

I don’t know if it’s under appreciated because I appreciate it. But my favorite go-to novel has been Two From Galilee by Marjorie Holmes. Hers was the first biblical novel I ever read and when I closed the book, I thought, “these people were real!” I appreciate any novel that can point me to Jesus and inspire me to read God’s Word.

I make a pretty decent pie. Cherry pie is one of my favorites. Before we homeschooled, our oldest had to “sell” things at a store in their 5th grade class. They chose to sell my homemade cherry pies. I can still make that pie without a recipe because I made so many. Pie is one of our family’s favorite desserts. My grandmother taught me how to make a good one.

I LOVE black tea, but I usually drink coffee first. When the world goes crazy? Hmm…I guess you could say I turn to chocolate, but I love cinnamon rolls. My husband and I found a great place in California that makes them really well. (Haven’t found a bakery anywhere else that is quite the same.) But along California’s Central Coast, we would go to this little shop and buy two rolls and one coffee, because he doesn’t like coffee, but I do. We’d then walk to the pier and watch the ocean as we ate them. Some of my favorite memories! Now I’ve learned to make my own and we eat them most mornings. Making them costs far less than traveling to the west coast!

My granddaughters. I’ve always been “interruptible” when my kids were home. Now, if I’m writing, or working on an interview, as I’m doing now, and one of my kids or granddaughters calls, as one just did, they get my attention. I can be talked out of doing just about anything if those little girls are near. 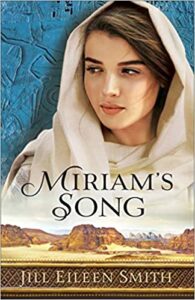 In her eventful lifetime, Miriam was many things to many people: protective older sister, song leader, prophetess, leper. But between the highs and the lows, she was a girl who dreamed of freedom, a woman who longed for love, a leader who made mistakes, and a friend who valued connection.

With her impeccable research and keen eye for detail, bestselling author Jill Eileen Smith offers this epic story to fill in the gaps and imagine how Miriam navigated the challenges of holding onto hope, building a family in the midst of incredible hardship, and serving as a leader of a difficult people, all the while living in her brother’s shadow.

Follow Miriam’s dusty journey from childhood to motherhood, obscurity to notoriety, and yearning to fulfillment as she learns that what God promises he provides—in his own perfect timing.