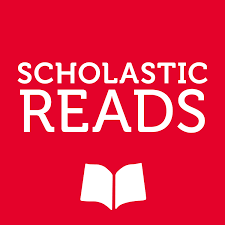 “The Bees”, a four-book middle grade series, to be published subsequently in 2022

“Brittney is a preeminent voice in today’s discussions of race, feminism, equity and inclusion,” said Ellie Berger, President and Publisher, Scholastic Trade Publishing. “We are tremendously honored to become her children’s publishing home, and to amplify her voice for young readers.”

“Brittney is an incredibly gifted writer of both fiction and non-fiction, dedicated to promoting self-esteem, strength and confidence in young people,” said Liza Baker, Vice President and Publisher of Cartwheel, Orchard, Acorn and Branches, who will edit Cooper’s picture book publishing. “Arresting, honest, and authentic to her core, Brittney is one of the most exciting new voices in children’s books to come along in decades.”

On March 1, 2022, Scholastic will release Stand Up: 10 Mighty Women Who Made a Change!, wherein Cooper introduces young readers to 10 revolutionary Black women who changed the world for the better. Stand Up! has a first printing of 75,000 copies and will be illustrated by acclaimed artist Cathy Ann Johnson. With a voice that is at once commanding, inspiring, and relatable, Stand Up! tells the story of historic female figures like legendary Civil Rights activists Ruby Bridges and Rosa Parks, and spans to contemporary role models like Bree Newsome, who removed the confederate flag from the South Carolina state house grounds, and Mari Copeny, youth activist who fought for clean water in Flint, Michigan. Each heroic figure is interconnected by a united quest for equity, and offers young readers a stirring call to action, reminding them that they, too, are mighty and can be forces for change. Scholastic will subsequently publish two additional picture books: Mama Says I’m Fine, a celebration of her single mom’s unwavering love and faith in her, and one as-yet-untitled.

Publishing in late 2022, The Bees is a middle-grade series celebrating Black girls and their friendships. David Levithan, Vice President and Editorial Director of Scholastic Press, said, “Editor Maya Marlette and I are delighted that Brittney is bringing her keen eye, deep warmth, and wonderful humor to middle-grade with The Bees. It’s so exciting that she’s going to add her brilliant voice to our series publishing, to the delight of readers everywhere.”

“I grew up going to Scholastic Book Fairs, and now I am thrilled to be a part of the Scholastic family,” said Cooper. “These books will continue my work of centering the voices and stories of Black women and girls for all age ranges. Black girls continue to be my freedom compass, and I could not be more thrilled to publish these stories that honor both their trials and triumphs.”

Essence Magazine called Cooper “A breakthrough… This force of nature is becoming one of our fiercest voices in the new generation of African-American thinkers.” Bestselling author Rebecca Traister agrees, “Brittney Cooper is a national treasure.” In 2016, Cooper gave a TED Talk called “The Racial Politics of Time” that has nearly one million views. She is the New York Times bestselling author of Eloquent Rage: A Black Feminist Discovers Her Superpower (2018), as well as Beyond Respectability: The Intellectual Thought of Race Women (2017) and editor of The Crunk Feminist Collection (2017).

Brittney Cooper is the New York Times bestselling author of Eloquent Rage: A Black Woman Discovers her Superpowers. A professor of Women’s and Gender Studies and Africana Studies at Rutgers University, she co-founded the Crunk Feminist Collective, and her cultural commentary has been featured on MSNBC’s All In with Chris Hayes, Melissa Harris-Perry, the New York Times, New York Magazine, Marie Claire, The Cut, the Washington Post, NPR, PBS, Al Jazeera’s Third Rail, Ebony.com, Essence.com, TheRoot.com, TED.com, and has been named four times to The Root 100.