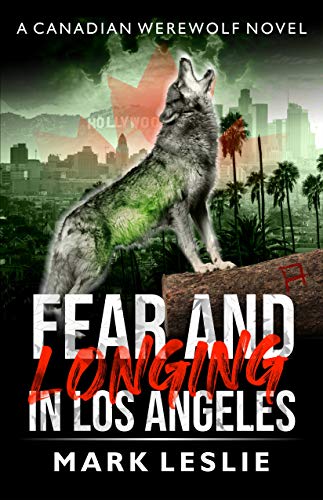 Fear and Longing in Los Angeles by Mark Leslie

From Great Inspiration Come New Heroes
Spider-Man and other superheroes created by Stan Lee and Marvel are at the heart of Mark Leslie’s latest novel.

Mark Leslie’s latest novel, Fear and Longing in Los Angeles is a continuing tribute to the creative genius of Stan Lee and many other brilliant artists and writers at Marvel comics. The book is available in print (Paperback and Hardcover editions) and eBook, with the audiobook, narrated by Scott Overton, retired radio personality and sci-fi author is soon following.

Fear and Longing in Los Angeles follows the ongoing adventures of Michael Andrews, a small-town Canadian bumpkin attempting to live a normal life in New York City while dealing with the reality that every full moon he turns into a wolf. The curse comes with the side-effects of enhanced senses as a human, and Andrews stumbles his way using those superpowers to help others, following in the footsteps of Spider-Man.

“I have always been a big fan of Spider-Man,” Leslie says. “I was a nerdy and scrawny teenager who learned how to run fast in order to keep from getting beat up by bullies. Though I was never good at science, like Peter Parker, I consistently identified with him. Parker was an orphan, raised by his aunt and uncle. I was adopted, and so I drew a parallel there. Admittedly, I’d look for any parallel I could between myself and the wall-crawler.”

Leslie was inspired by Spider-Man’s desire to use his powers to help others. Much of that philosophy permeates the overall feel of his character Michael Andrews. Andrews, who is the narrator for the “Canadian Werewolf” books, admits to being drawn to live in New York because of Spider-Man comics and his admiration for the tales and characters that Stan Lee created.

“The idea for Michael Andrews came from a call for stories to an anthology,” Leslie says. “The editor wanted to see stories about the ‘man behind the monster.’ I had recently visited Manhattan for the first time and wondered what it might be like to live with a werewolf curse when stuck in a major metropolitan center. How would you logistically operate the changes? But what happened when something went wrong?

“So, the idea came to have this man wake up naked in Battery Park, with a bullet hole in his leg, the taste of human blood in his mouth, and no memory of what he’d done the night before while he was romping around the city as a wolf. This left him with two issues. To figure out what he’d been involved in. But, more urgently, to find some clothes and get back to where he lived. I wanted to explore what it was like for the human living with this condition. And that’s where some other characters from the Marvel Universe came to mind.”

As Leslie explains, since the man was a lycanthrope, he imagined that, even as a human, he might possess extraordinary canine senses. Inspired by characters like Daredevil and Wolverine, Michael Andrews is able to track by scent, smell emotions off people, and hear their heartbeats. He also has enhanced strength and agility.

“And,” Leslie says, “being a fan of Spider-Man’s main principle, that with great power comes great responsibility, when he sees someone who needs help, he steps in.” Also, like Spider-Man, Andrews is a meek and mild-mannered person, not cut out for the hero life. “You have this Alpha Wolf who is really a Beta Human,” Leslie says. “And trying to make his way in the Big Apple.” And, in the same way that the web-slinger cracked jokes as a way of dealing with his nervousness and insecurity, so, too, does Michael Andrews share a sardonic and humorous perspective.

Michael Andrews premiered in the 10,000-word short story “This Time Around,” which was later adapted into the full length novel A Canadian Werewolf in New York. That novel takes place in a single New York day between dawn and nightfall as Andrews gets caught up in a day filled with petty thieves and muggers, kidnapping thugs, a needy ex-girlfriend, and another wolf stomping all over his territory.

Andrews returned in the summer 2020 novella Stowe Away which finds him on a train bound for Stowe, Vermont from Manhattan, off to help a friend in need, while trying to protect an innocent child from a human predator. Readers have summarized that story as “Planes, Trains and Automobiles meets Logan,” recognizing the inspiration drawn from the superhero Wolverine in that cross country quest to bring a child safely to a location, and the humorous antics of the classic John Hughes Thanksgiving misadventure.

In this latest adventure, which is the second full-length novel and third book in the “Canadian Werewolf” series, Andrews heads to Los Angeles to work on a movie set and to try to get away from the pain of being rejected by his true love. After meeting a mysterious woman who carries deep secrets, he learns that, if New York is the city that never sleeps, then L.A. is where you have to sleep with one eye open. There’s something even more cut-throat than Hollywood executives lurking in the shadows.

In the same way that a trip to New York inspired details in the first novel in the series, Leslie says that Fear and Longing in Los Angeles took inspiration from a pair of trips to LA and Hollywood where he was a keynote speaker for two different writer conferences. “I so enjoyed the locations I’d visited as well as the people I got to hang out with there, that I wanted to incorporate some of that into a story with my werewolf character. Many of the bars and restaurants in the book are real places I loved visiting, not to mention the unique charm and character of Venice Beach and Muscle Beach. I imagined what it might be like for Michael Andrews to wander those same streets.”

In the novel, Michael Andrews also interacts with actress and indie musician Alicia Witt (Mr. Holland’s Opus, The Sopranos Nashville, Law & Order: Criminal Intent). Witt, who Leslie conspired with in 2019 for a marriage proposal in Toronto (she wrote and performed a song he used to propose to his girlfriend with), agreed to allow him to write her as a character in the novel, and also to share lyrics from a couple of her songs in the book. It’s her music and impactful lyrics that have a dramatic effect on the main character’s decision to move on and find new love. “Alicia is so amazingly generous and compassionate,” Leslie says. “I love her music and I adore her spirit, and I was thrilled when she said, upon previewing the scene in which I had her speaking with Michael, that those are things she might actually say.”

When teased about the titles of his books sounding like cheeky references to the names of well-known movie and books (An American Werewolf in London, Fear and Loathing in Las Vegas), he smiles and mentions it’s a very purposely way of ensuring potential readers know there’s a bit of tongue-in-cheek humor injected into his urban fantasy thrillers. Leslie says that the chapter titles in the novels are also tongue-in-cheek nods to familiar phrases and pop culture. The next book, which takes place as a direct sequel to Fear and Longing in Los Angeles is called Fright Nights, Big City. And yes, he affirms that’s a nod to an 80s movie starring Canadian actors Michael J. Fox and Kiefer Sutherland. 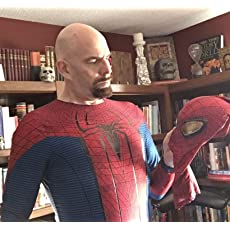 Mark Leslie’s books, including the Canadian Werewolf titles, are available online in most formats. If they are not in stock at your favorite local store, they can be ordered. You can also request them via your local library.