Is it cliché to say that my grandmother was one of the most influential women in my life? She was the only grandparent I was lucky enough to know, and even though she was tiny in stature, her presence still looms large in my life.

My maternal grandmother Paula (aka Nanny) and her sister Resi left Austria at age 23 on a boat crowded with other immigrants chasing the American dream. The journey was arduous and left her so sick that Resi worried that Nanny wouldn’t make it past the doctors at Ellis Island. In Nanny’s retelling of the story, it was an apple from a kindly ship steward that gave her the energy (and she used to say, the healthy pink cheeks) necessary to make it through the gates. 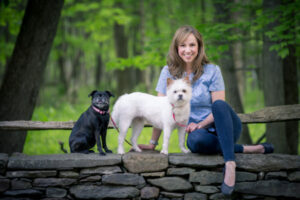 From the moment she landed in New York City, she worked. First as a maid in a starched white apron, then as the co-owner of a corner deli with my grandfather Victor, and later in life after my grandfather passed, as a housekeeper again. Her work ethic was the strongest of anyone I’ve known, well into her 90s. I spent many Saturdays at her side as a grumpy teen learning how to clean the bathroom, fold sheets (sorry, Nanny, I still can’t do the fitted ones) and iron. To this day I still see her hands when I try to iron a collar. (Yeah, another fail.)

Nanny was into conservation and recycling way before it was cool. She taught me to turn off the water as I brushed my teeth, to wash and reuse plastic baggies and tin foil, and turn off the light if I wasn’t in the room. She was a homesteader back in the day initially because she had to be, but she kept the skills long after the grocery store was only a quick drive away. The woman could butcher a chicken, use the feathers she plucked from it to stuff pillows she’d sewn, make a chicken soup that could cure what ails you, and serve it with homemade rolls and beets she’d grown and pickled the year before, all while wearing an apron she’d made from a repurposed men’s shirt. She was a master cook, baker, seamstress, housekeeper, gardener, and occasional MacGuyver – my clever Nanny had a fix for everything.

And she was funny! It was a quiet humor, often slipping in a zinger without the recipient even knowing it. She made us laugh, sometimes with her, and sometimes at her because of her heavily accented English. (I still say “pantses” instead of pants, and “Chi-hoowa-hoowa” for those little Mexican dogs.) And I’ll never forget the time she told my then-boyfriend and now husband about how the boys in her Austrian village knew to “leave the hay at the barn door” to avoid accidental parenthood. (The offhanded comment left him speechless!)

Nanny has been gone for fifteen years but her legacy lives on in what we eat, the silly way we hug, the German expressions we use, the knit shawl my dogs snuggle beneath, our efforts to be mindful of the environment, and even in the way I scrub a bathtub. Nanny came to America with a strength that defined her, and it’s my hope that I’m living up to the legacy she created. 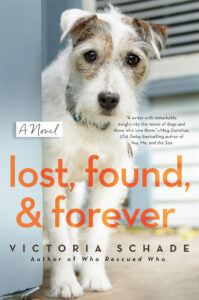 My Nanny, by Victoria Schade

Guest Blogger
Previous articleFiske Guide to Colleges to Suspend Reporting of SAT and ACT Test Score Ranges
Next articleSNEAK PEEK: FORGET ME NOT by Lawna Mackie