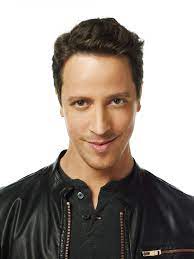 Andrew Mayne is the Wall Street Journal bestselling author of The Naturalist, Looking Glass, Murder Theory, Dark Pattern, and Angel Killer, as well as an Edgar Award nominee for Black Fall in his Jessica Blackwood series. Black Coral is the second book in his Underwater Investigation Unit series. The star of Discovery Channel’s Shark Week special Andrew Mayne: Ghost Diver and A&E’s Don’t Trust Andrew Mayne, he is also a magician who started his first world tour as an illusionist when he was a teenager and went on to work behind the scenes for Penn & Teller, David Blaine, and David Copperfield. Ranked as the fifth bestselling independent author of the year by Amazon UK, Andrew currently hosts the Weird Things podcast. For more on him and his work, visit www.AndrewMayne.com 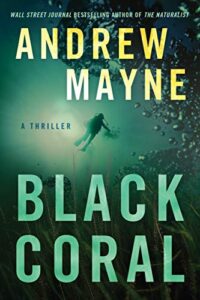 For a police diver in Florida, solving a cold-case mystery brings a serial killer out of hiding in a deep, dark thriller by the Wall Street Journal bestselling author of The Naturalist.

Sloan McPherson and the Underwater Investigation Unit have discovered a van at the bottom of a murky Florida pond. Sealed inside the watery tomb are the bodies of four teenagers who disappeared thirty years ago after leaving a rock concert. To authorities, it looks like a tragic accident. To Sloan, it looks like murder. Every piece of evidence is starting to connect to a string of cold case vanishings throughout Florida. Clue by clue, Sloan navigates the warm, dark waters where natural predators feed, knowing that the most dangerous one is still above the surface—nesting and dormant.

But when a fresh young kill is found in the Everglades, Sloan fears that her investigation has reawakened a monster. How can she catch someone who’s a genius at hiding in plain sight? By acting as prey. The dangerous gambit is working—only too well. She’s being lured into a deception of the madman’s own design. Has Sloan set a trap for a serial killer? Or has he set one for her?